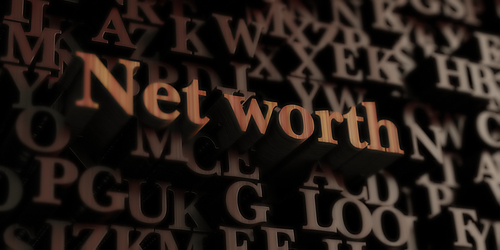 There was no place to hide in September. Stocks dropped, gold dropped and crypto dropped. And just when you thought September had done its worst, on the very last day of the month, the market took another 540-point dive.

The September Effect is very real. I’m glad it’s over. But wait…is there an October Effect? Yes. Is it going to be scarier than the September effect because… well, it’s October?

Turns out, October does have a nasty little history of its own; the 1907 panic, Black Monday in 1929 and Black Monday in 1987 all happened in October. However, it seems October has managed to turn things around recently. And by recently, I mean over the past 50 years. You see the Dow has gained 60 percent with an average gain of 0.5 percent over the last 50 years. A little perspective on that 60 percent: “Very likely” means greater than 90 percent,  “Likely” means greater than 66 percent. “More likely than not” means greater than 50 percent. Yes! The market is more likely than not, going up in October. Now we can all rest easy.

I have had several up close-and-personal looks at financial desperation. One time, I was going out to eat with friends. We had to pick up one of our friends at her job. When we arrived, she was hysterical. Someone hit her parked car and knocked off her driver’s side mirror. I casually told her, “No worries!” I knew an excellent auto body guy and I would go with her to get it fixed the next day. Perhaps, I was too cavalier when I said it because she proceeded to give me a piece of her mind (got totally in my personal space while doing it). I managed to diffuse the situation and we actually made it to the restaurant and had a good time.

Fast-forward many years later this friend and I reconnected. I brought up the “broken mirror incident” and that’s when she shared all of her financial pain and desperation. She didn’t have enough money to get the mirror fixed and she lashed out in frustration. She made really good money. But her habits brought her (and continues to bring more than 60 percent of the U.S. population) to the altar of financial insecurity and desperation.

The chains of habit are too light to be felt until they are too heavy to be broken.~Warren Buffet

I believe nothing is a problem until it becomes a (bad) habit. The trick is identifying the habit or habits that are certain to become a problem in the future. If you are in the habit of spending more than you make, then it is “very likely” that you can look forward to a life of financial fragility, poor credit, bankruptcy and repossessions. If you are in the habit of not saving for retirement, it is also “very likely” that you will have to work until you can’t work anymore, live way below the standard of living you were accustomed to and/or you could end up homeless.

Or…you can spend less than you earn, build an emergency fund, work to max out your retirement accounts (401k, IRA(ROTH and/or Traditional) and enjoy the fruits of your labor knowing that it’s “very likely” you won’t have to work until you’re 75 or dead, you will not have to depend on the government or family for your existence and you’ll be able to maintain the standard of living you are accustomed to, long after you’ve retired.

More statistics to that you should avoid being a part of:

Here’s to doing everything in your power to grow your wealth and not take part in Squid Games!

Okay, time for the September net worth update:

September, as you can see, was rough. My losses would have been greater but the market shot up a couple of times before it crashed again on the last day of the month. The only reason I’m ahead at all is because I’m still a big believer in cash and bonds. With inflation running high, most people believe cash and bonds are a waste of time. But I’m here to say there is always room for whatever is going to cushion the blow when the market drops.

September felt like a 12-round fight. But I managed to come out ahead. All of my investing in September was automatic. I bought a few stocks that I’m working to build an income stream from. But I didn’t go crazy buying the dip.

I’m sticking with my plan.

Remember, it is a fight to build wealth no matter where you are in the process. Everything around us conspires to take money out of our hands. But you must fight the good fight. Continue to save, invest, and grow your net worth even when it seems impossible. Save your pennies (copper) until they become dollars (cotton).