Morgan Freeman, Michelle Obama and Daymond John All Have This Important Hobby in Common 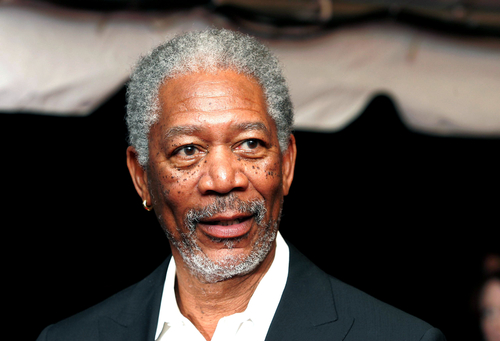 Bees have been around for millions of years. They not only produce honey, but they are also responsible for pollinating as much as 80% of all flowering plants, including more than 130 types of fruits and vegetables.

These fruits and vegetables include avocados, soybeans, asparagus, broccoli, celery, squash, sunflowers for oil, cucumbers, citrus fruit, and peaches, kiwis, cherries, cranberries and melons. The average honey bee can visit more than 2,000 flowers in one day.

According to Planetbee.org, parasites, pathogens, and poor nutrition due to monoculture farms are all contributing to the decline in the bee population.

Academy Award-winning actor Freeman has been a longtime bee advocate.

In 2014, during an appearance on “The Tonight Show with Jimmy Fallon,” he emphasized the value of protecting wild bees to maintain a balanced environment.

“I’ve discovered I don’t have to put on a bee suit or anything to feed them,” Morgan said. “I’ve never been stung. I’m never gonna get stung.”

“There’s been a frightening loss of bee colonies, particularly in this county,” Freeman said in another interview with Larry King. “To such an extent that the scientists are now saying, ‘This is dangerous.’ […] There is a concerted effort for bringing bees back onto the planet…We do not realize that they are the foundation, I think, of the growth of the planet, the vegetation…”

Morgan backed up his talk with action.

In 2019, he revealed that he had imported 26 beehives from Arkansas to his 124-acre ranch in Mississippi to transform the property into a full-time bee sanctuary.

During her time in the White House, Obama installed a hive in the garden, which became White House chef’s primary source of honey.

The White House teamed up with the National Pollinator Garden Network to challenge the country to reach the goal of one million additional pollinator gardens by the end of 2016.

“One out of every three bits of food that we take in this country is the result of a pollinator garden somewhere,” Obama said at the time. “Butterflies, bats, bees, birds — all of those, they get attracted to the gardens, and then they go and sprinkle life around so that food grows.”

In an April 2015 episode of “Shark Tank,” Daymond John received a lesson about the global decline of bees from beekeeper Matt Reed, who was seeking investment in his company.

Reed not only received John’s cosign, but he also installed more than 30 hives on his property in Dutchess County, New York — where he “keeps” over one million bees.