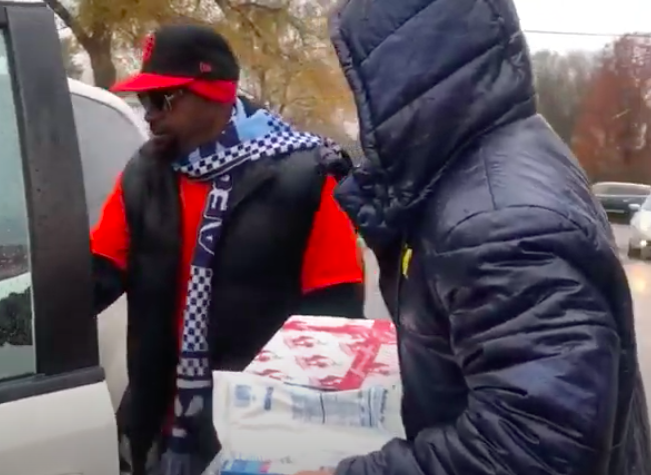 NIL deals have the potential to earn college athletes lots of money. But when their earnings are used for more than their own interests, they take on a greater meaning.

Blake Corum, a running back at the Univerity of Michigan, wanted his NIL revenues to do more than just line his pockets, so he decided to do something special with it.

Spend it on his community.

As per the story by Angelique Chengelis of The Detroit News, the idea came to Corum about five weeks ago. He wanted to buy 100 turkeys for the Ypsilanti community in Michigan, so he used his NIL funds and made the purchases.

On Sunday, he held the “Giving Back 2 Give Thanks” event. And with the help of local charity groups, they doubled the number of turkeys distributed while also adding mashed potatoes, mac and cheese, milk and other essentials for a hearty Thanksgiving meal.

“I’ve always given back, whether it’s a football camp or small things,” said Corum. “I’ve always invested in giving back to my community and trying to get the next generation to live out their dreams. Thanksgiving was coming along, NIL is going really good, and I told my Dad (James), ‘I’m going to buy 100 turkeys.’”

Corum was a volunteer at CLR Academy in Ypsilanti, which has a Michigan connection in sponsor Mike Hart, who was a running back for the Wolverines from 2004-2007.