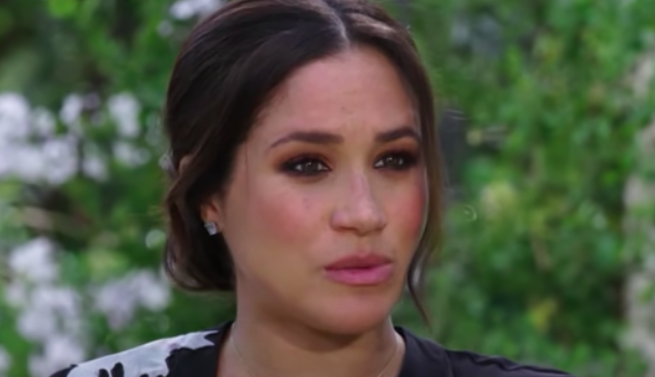 Meghan Markle sat down with Oprah Winfrey, where she spoke frankly about her experience of joining the royal family — as its only Black member.

Winfrey asked Markle and her husband, Prince Harry, whether they had any regrets — and the American actress shared her regret her only regret was believing that the royals would follow through with their promise to keep her protected, as they do other members of their family.

“My regret is believing them when they said I would be protected. I believed that,” she told Winfrey. “And I regret believing that because I think had I really seen that that wasn’t happening, I would have been able to do more. But I think I wasn’t supposed to see it. I wasn’t supposed to know. And now we’re actually on the other side, we’ve actually not just survived but are thriving. This? Miracles. I think that all of those things I was hoping for have happened.”

The couple stepped down as senior members of the royal family after facing constant harassment from the British press. While many attribute the brutal bashings to racism, Markle says it may not be. However, she did acknowledge that she was treated differently from Kate Middleton in the run-up to marrying Harry.

“Kate was called ‘Waity Katie,’ waiting to marry William,” she said. “While I imagine that was really hard — and I do, I can’t picture what that felt like — this is not the same.

“And if a member of his family will comfortably say, ‘We’ve all had to deal with things that are rude,’ rude and racist are not the same. And equally, you’ve also had a press team that goes on the record to defend you, especially when they know something’s not true. And that didn’t happen for us.”

The interview appeared to divide viewers — many siding with Markle and her loyal husbands. But there are always a few who have to remain contrary, whatever the case…