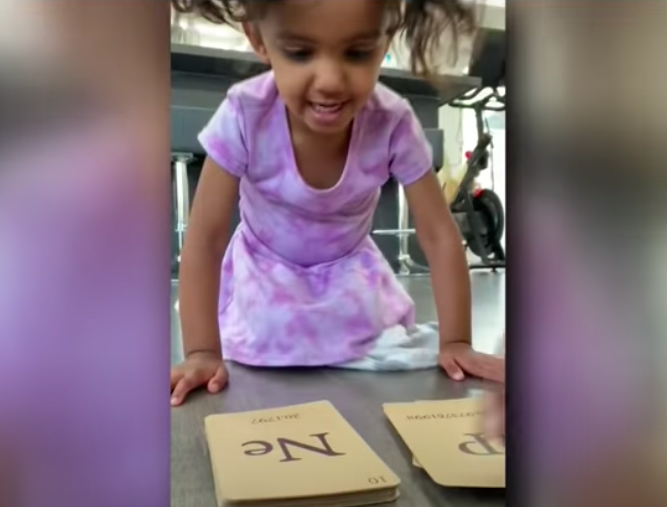 Mensa is the largest and oldest high IQ society globally and is open to people who score at the 98th percentile or higher on standardized, supervised IQ or other recognized intelligence tests.

Kashe’s mother, Sukhjit Athwal, told local news station KTTV that her daughter can count to 100 and knows more than 50 signs in sign language. Kashe can also identity elements of the periodic table and is learning to read.

“We started to notice her memory was really great. She just picked up things really fast and she was really interested in learning,” Athwal told the outlet. “At about 17, 18 months, she had recognized all the alphabet, numbers, colors and shapes.”

The proud mother says that Kashe’s IQ is 146. To qualify for Mensa, a person must score at least 132 on the Stanford–Binetare IQ test. The average American IQ is approximately 98.

“At the end of the day, she’s in that toddler stage. So she very much is still a normal two-year-old where we have negotiations, we have tantrums, we have everything and it’s different because the way we communicate with her, it has to be different because she’s able to understand just a little bit more,” said Athwal.

Mensa is over the moon to have Kashe join their community.

“Kashe is certainly a remarkable addition to American Mensa,” Trevor Mitchell, executive director of American Mensa, told People in a statement. “We are proud to have her and to be able to help her and her parents with the unique challenges that gifted youth encounter.”