Is Kyrie Irving More Trouble Than He’s Worth? 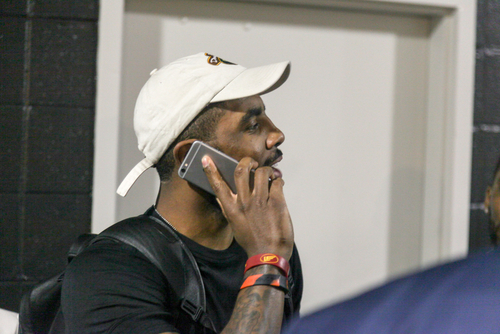 Kyrie Irving is as good a basketball player as he is a reflective and spiritual man.

His athletic talent is undeniable and the Nets are better because of him. Or at least they would be if he was on the court.

The problem is that his deep thoughts are preventing his athletic talents from being showcased on the NBA hardwood.

Last year his season was curtailed due to injury.

This year his season is in jeopardy because of his reluctance to get vaccinated.

Irving’s decision has frustrated his teammates, the Brooklyn Nets organization, NBA fans and the media.

The team has tried their best to accommodate their star point guard. They even worked with the City of New York to have their practice facility designated as a private office building so that Kyrie can practice there with the team.

But even that wasn’t enough to persuade Kyrie to get vaccinated.

As a result, the team has decided to bar him from playing until he gets vaccinated.

“Given the evolving nature of the situation and after thorough deliberation, we have decided Kyrie Irving will not play or practice with the team until he is eligible to be a full participant,” said team general manager Sean Marks. “Kyrie has made a personal choice, and we respect his individual right to choose.”