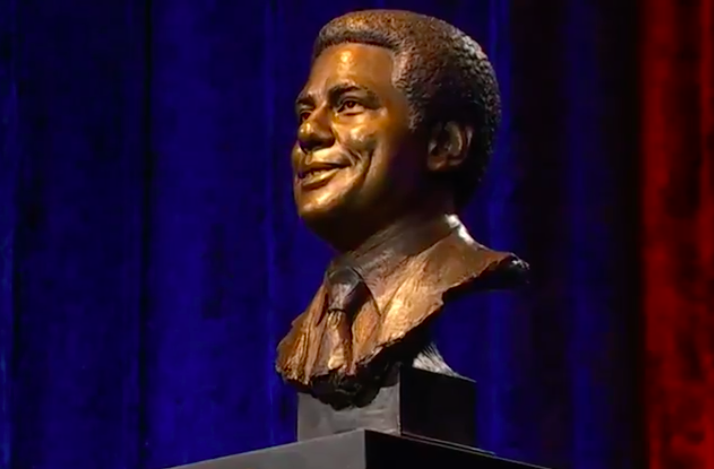 Nunn, along with eight others, were enshrined in a special ceremony, “Hall of Famer Forever” in Canton, OH.

“It’s still a little bit surreal for Bill to get recognized like this,” said Steelers General Manager Kevin Colbert. “Tonight, we will finally come to the realization of how great an honor this is and how great an honor it was to know and work with a man like Bill Nunn. Until you really see it happen, it’s not a real feel, but you are picking that up now.

“Bill meant everything to the Steelers organization. It’s been documented, the players he was instrumental in bringing to the Steelers and the success they had. We as young scouts were fortunate to be around Bill and try and learn things they implemented when they put those teams together. There were a lot of lessons being taught to us.”