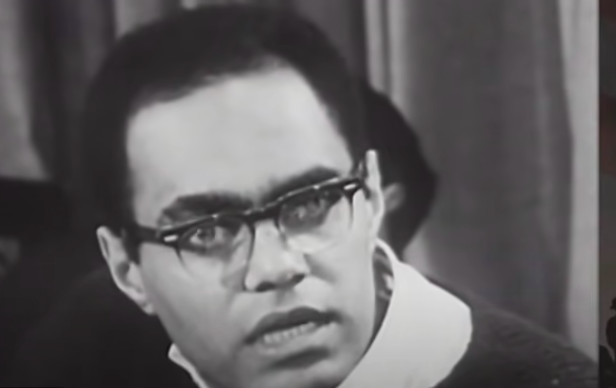 This past Sunday, July 25th, civil rights activist Robert “Bob’ Moses passed away at the age of 86.

Here are five things you should know about the educator and math advocate.

1) He was born and raised in New York

Born in 1935, Moses grew up in Harlem in a housing project. In order to sustain themselves, his family sold milk from a Black-owned cooperative. In his teens, Moses attended Stuyvesant High School.

Although he later became a math teacher, Moses studied philosophy at Hamilton College in New York. He also obtained a master’s degree in philosophy from Harvard University in 1957.

Additionally, Moses was never able to complete his doctorate due to the passing of his mother and his father’s hospitalization.

Moses has quite a long history intertwining both education and politics, beginning in the 1950s (specifically with the Second Youth March for Integrated Schools).

In the early 1960s, after moving to Mississippi, Moses became involved with the Student Non-Violent Coordinating Committee.

He later helped develop the organization’s voter registration efforts after meeting with then president of the Mississippi NAACP Amzie Moore, who enlightened him about the denial of Black voting rights.

“I never knew that there was denial of the right to vote behind a Cotton Curtain here in the United States,” said Moses.

In 1964, Moses began developing the Mississippi Freedom Summer Project, which encouraged students from northern colleges to help increase voter registration within the state.

Moses was passionate about the causes he worked towards. In fact, in 1963, he was shot in a drive-by shooting that targeted activists.

According to The Atlantic, the late John Lewis notably remembered Moses helping the Mississippi Freedom Summer Project volunteers to understand the distinction between “saving” Black people from oppression and fighting for equality.

Moses stressed that Black people’s rights and freedoms are just as important as that of the primarily white volunteers he was speaking to.

“‘Only come if you understand, really understand, that his freedom and yours are one,'” said Moses.

3) He was the recipient of the MacArthur Fellowship

Moses received the MacArthur Fellowship (also known as the “Genius Grant”) in 1982 at 47.

The fellowship began in 1981, and the foundation has named 1061 people MacArthur Fellows since.

Recipients of the fellowship are accepted based on several qualities:

“The MacArthur Fellowship is not a lifetime achievement award; we are looking for individuals on the precipice of great discovery or a game-changing idea.”

4) He is the founder of the Algebra Project

As a result of the “Genius Grant,” Moses founded the Algebra Project in 1982 after being frustrated that his daughter’s school didn’t offer an algebra class. The project helps to give low-income students a quality education in mathematics and is still doing vital work today.

“The Algebra Project works with middle and high school students who previously performed in the lowest quartile on standardized exams, proposing that they attain a high school math benchmark: graduate on time in four years, ready to do college math for college credit.”

The project, which Moses referred to as his “second chapter” in terms of civil rights work, helped about 9,000 children within ten years.

5) He once worked as a teacher in Tanzania, Africa

Although Moses worked as a math teacher in New York City at the Horace Mann School, according to the Algebra Project, he also taught at the Samé School in Tanzania from 1969 – 1976.

The Samé School is “one of the largest A level schools in Tanzania.”

According to the MacArthur Foundation, he was also instrumental in further developing secondary schools for the Tanzanian Ministry of Education.