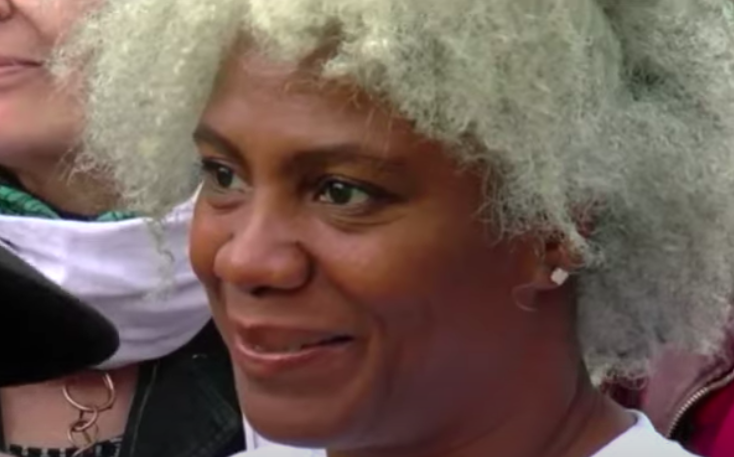 Cariol Horne, a former police officer fired from the Buffalo Police Department because she broke rank and saved a man who another officer was choking during an arrest, will have her pension reinstated.

The action cost Horne both her job and her pension.

“My vindication comes at a 15 year cost, but what has been gained could not be measured,” Horne said in a statement. “I never wanted another Police Officer to go through what I had gone through for doing the right thing.”

Horne’s defense illustrated her bravery, comparing it to some of the more recent examples of police officers in the spotlight accused of excessive force, which have resulted in murder.

“For doing precisely what we expect and hope from our law enforcement officers — upholding the law and protecting life — Ms. Horne was assaulted by her colleague, and her employment was terminated,” the lawsuit reads. “… In Buffalo, in America, and in the world the public is now recognizing the cost of not having officers like Ms. Horne who are willing to intervene.”

Former police officer Derek Chauvin is currently on trial for the killing of George Floyd. Chauvin pressed his knee into Floyd’s neck for 9 minutes and 29 seconds, eventually killing him.

Just miles away, former officer Kim Potter resigned after shooting and killing unarmed Black man Daunte Wright. Potter allegedly mistook her shotgun for a Taser. She is expected to receive a full pension.

“One of the issues in all of these cases is the role of other officers at the scene and particularly their complicity in failing to intervene to save the life of a person to whom such unreasonable physical force is being applied,” Judge Dennis Ward of the state Supreme Court in Erie County wrote.

Ward also referenced Floyd’s unjust killing. “While the … George Floyds of the world never had a chance for a ‘do over,’ at least here the correction can be done,” he added.

Horne is now eligible for back pay and additional benefits through Aug. 4, 2010.