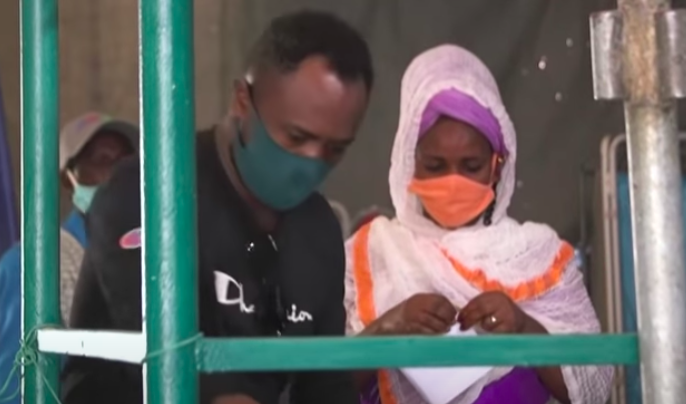 Tigray officials objected to the national and regional elections’ postponement, initially scheduled for August. The coronavirus pandemic led to the delay of several elections around the world, but Tigray is seemingly tired of the Prime Minister’s extended term in office.

The current administration indicated that elections would be halted until some time in 2021.

The federal government also warned that any intervention into the recent elections would be rendered a “declaration of war”.

Abiy has slammed the elections as “unconstitutional” and “illegal.”

In a televised address to the nation this week, Abiy remained unyielding. “We are not going to lift our hands every time someone shouts asking to affirm their existence,” he said, adding that regional officials “will not have legitimacy” if they don’t participate in the next national elections.

In July, the country faced international criticism after the internet was shut down amid country-wide protests and civil unrest. Protests erupted in the country’s capital of Addis Ababa after Oromo singer and activist Haacaaluu Hundeessaa was shot and killed.

The New York Times reported that the Ethiopian government blocked the internet and arrested nearly 5,000 people, including activists, journalists, and a prominent government critic as tensions continued to rise.

Bolivia's interim President Jeanine Anez announced that she would not be taking part in the country's election next month.
Read more
Diaspora

Ugandan authorities are desperately searching for more than 200 inmates who escaped from jail before breaking into an armory.
Read more
Diaspora

Barbados to Remove Queen Elizabeth as Head of State

Barbados has announced plans to remove Queen Elizabeth II as its head of state and become a republic by next year.
Read more
- Advertisement -