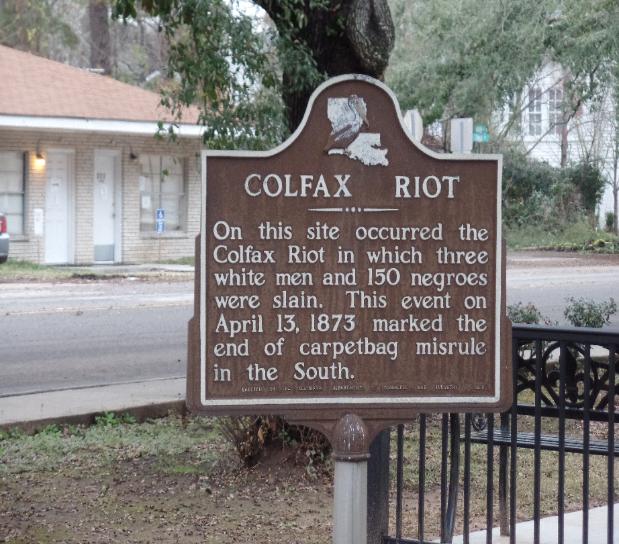 This Day In History: April 13th

When referencing acts of violence perpetrated on African-Americans during the Reconstruction Era, the Colfax Massacre comes to the mind of many historians. The Colfax Massacre occurred on April 13, 1873, in Colfax, Louisiana.

Following the Civil War, domestic terrorist groups such as the Klu Klux Klan set out to reinforce antebellum policies of white supremacy and made great efforts to instill fear in the African-American community. During this time, many Southern Democrats were seeking to limit and restrict rights. The increased intensity and opposing views of the parties resulted in the explosive 1872 election for Louisiana’s governor.

The Republicans won the election and kept control of the state, which prompted Democrats to contest the results. The election brought so much controversy that President Ulysses S. Grant had to send federal troops to support the winning candidate and rebels began to form an insurgent army. The angered rebels wreaked havoc on Republicans (white and black) throughout Louisiana.

As a means of defense, African-Americans formed their own militia and took control of the local courthouse. The takeover resulted in a mob of more than 100 white men and consisted of members of the KKK, former Confederate soldiers and other groups. The mob surrounded the courthouse and fired a cannon on the militiamen inside. Both sides exchanged shots until the African-American militia was forced to surrender.

The men surrendered but many were attacked and shot at. The mob even began attacking individuals who were not involved in the courthouse incident. It is estimated that three white men and up to 150 African-Americans were killed. The massacre made national news but in the end, less than 10 men were charged for the crimes committed and those men made appeals to have their convictions overturned.

Justice was not served for all of the individuals murdered by the mob because the Supreme Court ruled in United States v. Cruikshank that the 14th Amendment only applied to state actions and offered no protections against acts by individual citizens. Talk of the massacre subdued until the 1920s and then again in 1951 when town officials set up a plaque at the site of the massacre.