Did You Know the American Negro Theatre Was Founded on This Day? 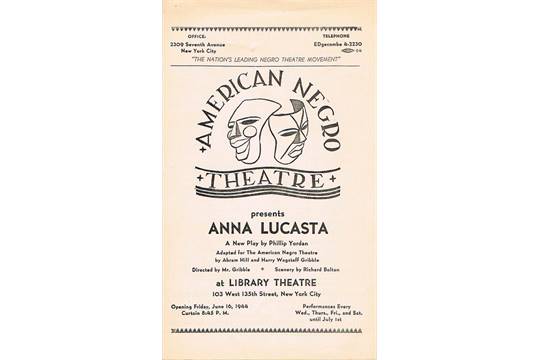 This Day In History: June 5th

With the emergence of the Harlem Renaissance, Black theater was able to thrive during the 1920s. The following decade also showed promise due to the Negro Unit of the Federal Theatre Project, which allowed for the creation of organizations such as the American Negro Theatre (ANT). What started as part of President Franklin D. Roosevelt’s New Deal turned into an impactful source of social dramas and an outlet for Black actors.

The American Negro Theatre was founded on June 5, 1940, in the basement of the 135th Street Branch of The New York Public Library. It was founded by playwright Abram Hill, actor Frederick O’Neal and other actors in Harlem. Despite being a part of a federal program, the ANT often worked with its core founders and had to survive off of limited resources. Eventually, the founders moved to make the group a cooperative where all members were responsible for expenses and shared the profits.

From its opening to its closing, ANT sought to follow four principles that were meant to guide the group. The first principle focused on developing a permanent acting company trained in theater, yet also reflective of the skills African Americans possess. The second principle set out to create plays that were honest and accurate portrayals of African-American life and issues. The third principle revolved around establishing connections and providing leadership to other theater groups serving the African-American community. The final principle focused on utilizing resources to create a sense of racial pride for ANT stakeholders.

For the first five years of the theatre’s existence, the productions were staged in the basement and allowed for an audience of 150 people. However, the group remained dedicated to its core values and Anna Lucasta became the ANT’s first major success on Broadway. The show ran for over 900 performances before going on tour and abroad to Europe.

In addition to producing plays, the ANT also operated as a training program. The program helped to jumpstart the careers of legendary actors such as Harry Belafonte, Ruby Dee and Sidney Poitier. Nearly a decade after its opening, the American Negro Theatre closed its door in 1949, leaving behind a legacy of 19 plays.