Christianity in the Kongo 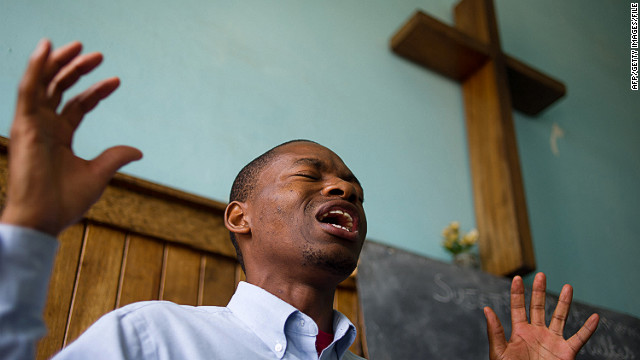 Omekongo Dibingahttp://www.upstanderinternational.com
Omekongo Dibinga is an American poet, musician, motivational speaker, diversity consultant and educator. His messages are usually targeted toward a younger audience on subjects as bullying, racism and diversity education. He is the founder and CEO of Free Your Mind Publishing.

By the 1400s, the Kongo Kingdom was one of the most powerful on the planet. According to Professor Henry Louis Gates, it was listed along with France, China in terms of power and influence. The people of Kongo were already familiar with Christianity, evidenced  by the decision of the Kongo King Nzinga to convert to Christianity in 1491, before Columbus “discovered” the new world. King Nzinga’s Christian kingdom was indeed recognized as orthodox by The Vatican and The Pope and emissaries were sent to Europe as early as the late 1400s.

African kings were very strategic and Nzinga’s move to Christianity was more of a power move or pivot than anything else. Having long dominated trade in central Africa, King Nzinga sought to be a player on the international scene and converting to Christianity allowed him to do that, but he did so while maintaining Kongo’s African culture.

King Afonso I wrote and spoke Portuguese and he continued with the expansion of Kongo influence abroad, even exchanging ambassadors with European nations. One of Afonso’s sons became an actual bishop. King Afonso I also ensured that biblical texts were translated into the local language Kikongo. By the 1500s, Kongo was considered a full partner to the Christian world. The Cathedral of Sao Salvador, which as constructed in 1549 in modern day Angola still stands today.

By understanding the role that the Kongo Kingdom played in the development and expansion of western Christianity on the African continent, we are able to understand the strategic moves our ancestors made politically and economically. The Kongo Kingdom is a powerful story that must be understood because it refutes the notion that western Slavery was incorporated to civilize African heathens. As we move closer to the Kongo experience with Slavery and Europe, the stories of treachery and betrayal on the part of the Europeans, as well as the complicity of African kingdoms, will become more evident.