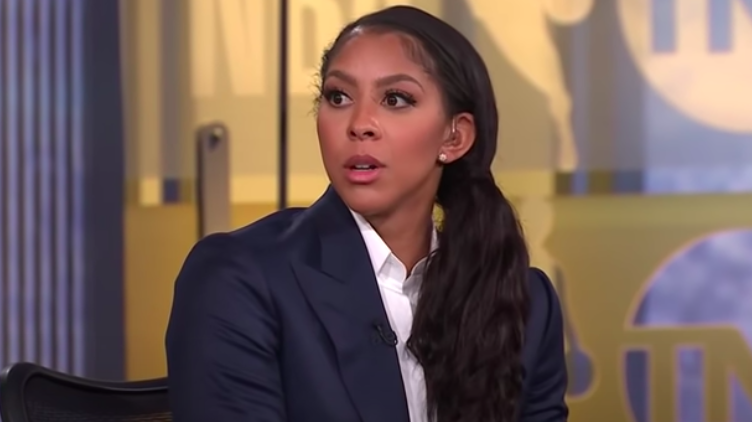 WNBA star Candace Parker went viral after she schooled NBA legend Shaquille O’Neal during their analysis of Tuesday’s game between the Denver Nuggets and Milwaukee Bucks on” ‘Inside The NBA.”

Speaking on Nikola Jokic’s stellar performance during the game, Parker tried to explain to Shaq why it’s no easy feat defending the Denver Nuggets superstar. Shaq was dismissive, questioning why contemporary defenses don’t just “man up.”

Parker then explained the need for basketball teams to switch so often defensively. Still, the former MVP and NBA champion did not understand why switching is necessary and how the inrush of three-point shooting has evolved for defensive schemes.

Shaq retired from the sport a decade ago.

Parker: “Because everybody can shoot threes.”

Shaq: “Whatever happened to man up?”

Parker: “Because you’re going to be manning up trying to recover back to your man and they’re going to hit a three just like (Denver Nuggets star Nikola) Jokic did.”

Shaq: “Well, whatever happened to pre-rotating?”

Parker: “Then they moved the ball around.”

Despite Parker’s concise explanation, Shaq continued to look confused, and Twitter slammed him on Twitter, accusing him of “looking dumb” during the awkward discussion.

“I stopped watching the TNT pre/post game shows because it got old listening to Shaq and Chuck hate on basketball. Is Candace Parker on there all the time now? She’s clearly the smartest one up there and worth listening to,” one viewer wrote.

Last week, the sports legend faced criticism after he was unable to name multiple role players on teams across the league in a game the show titled “Shaq’s First Name Game.”