Booker Rips Trump for ‘Fanning the Flames of Conspiracy’ 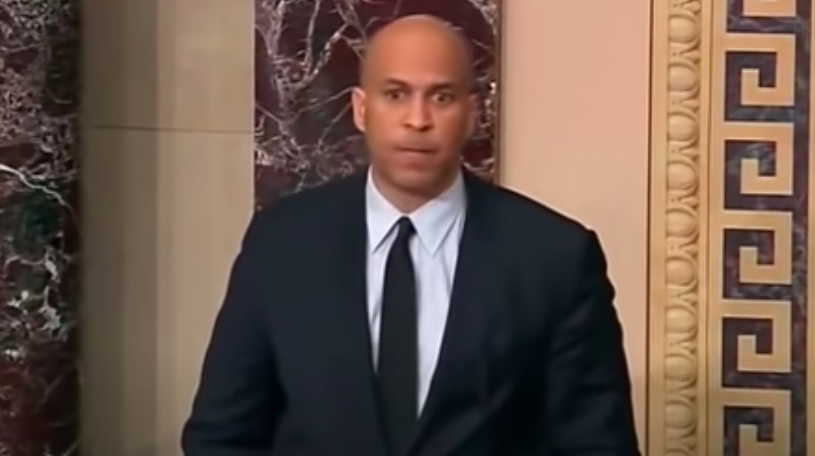 Several House and Senate Republicans took to the floor to object to the certification of election results –and lost. The Senate rejected the objection 93-6 and the House rejected it 303-121.

“What’s interesting about the parallel between the two is, they both were waving flags to a sole sovereign, to an individual, surrendering democratic principles to the cult of personality. One was a monarch in England and the other with the flags I saw all over our Capitol — including in the hallways and in this room,” Booker told the floor. “To a single person named Donald Trump. The sad difference between these two times is, one was yet another nation in the history of our country that tried to challenge the United States of America. But this time, we brought this hell upon ourselves.”

He continued: “It is unprecedented that he’s fanning the flames of conspiracy theory to create a smokescreen in this nation. To cover what he is trying to do, which is undermine our democratic principles. But it is not just that. The shame of of this day —it’s being aided and abetted by good Americans who are falling prey, who are choosing Trump over truth,” Booker said.

Early Thursday morning, Senator Ted Cruz, one of the Republican senators who led the campaign to object to the election results in Arizona and in Pennsylvania, released a statement supporting a peaceful transfer of power.

“I very much wish Congress had not set aside these concerns, but I respect the position each of my colleagues took. Debate in the two houses of Congress is the proper way to resolve our political differences, not through violent attacks,” Cruz said. “Now, Congress must fulfill our constitutional responsibility to complete the Electoral College certification process. We must, and I am confident we will, have a peaceful and orderly transition of power, pursuant to the Constitution.”