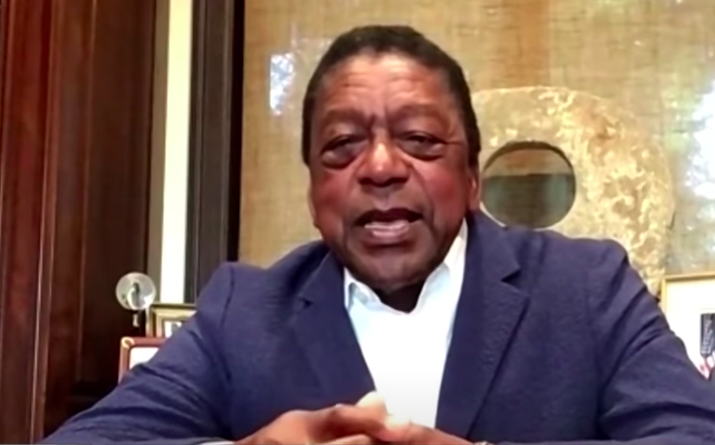 Robert Johnson, founder of Black Entertainment Television (BET), has called for the U.S. government to provide $14 trillion of reparations for slavery.

The billionaire also released a statement last month, questioning how the U.S. can provide justice on behalf of George Floyd and his family.

“The sad fact of the matter is on the issue of racial unity, this country has never been united,” he wrote. “In my opinion, the only way to unify this nation and achieve racial equality and harmony is for this country to implement full and total economic reparations in the form of direct cash payments, over the next 10 to 20 years, to every descendent of African American slaves.”

While Johnson has been a major Democratic donor in the past, he appeared to lean toward then-president Donald Trump in the run-up to the 2020 elections.

Trump was not a fan of reparations.

“I think it’s a very unusual thing,” Trump told The Hill in 2019. “It’s been a very interesting debate. I don’t see it happening, no.”

Now Johnson is pushing for Biden’s administration to make it a reality.

“Damages is a normal factor in a capitalist society for when you have been deprived for certain rights,” he said. “If this money goes into pockets like the [coronavirus] stimulus checks … that money is going to return back to the economy” in the form of consumption. There will also be more black-owned businesses, he added.