Barry Sanders to Be Honored By Oklahoma State This Fall 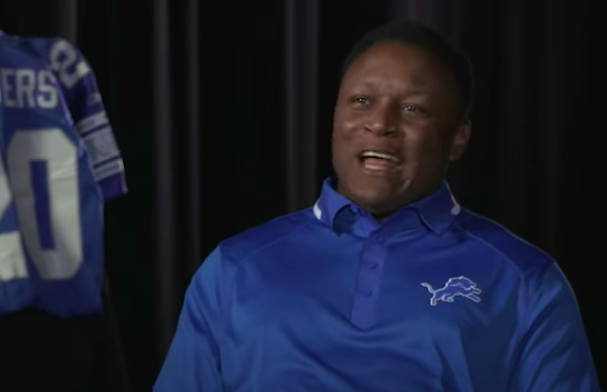 Barry Sanders is one of the greatest running backs to ever play football. This fall, his alma mater, Oklahoma State, will honor his greatness.

The Cowboys will add his number and jersey to the Ring of Honor on November 13th. In addition, a statue will be erected to immortalize the Cowboys legend.

Sanders will become the second football player honored by Oklahoma State. In 2020, his former teammate, Thurman Thomas, was inducted into the Cowboy Ring of Honor.

Barry’s 1988 season alone could have earned him this honor. That year, he averaged 237.5 rushing yards per game and scored 44 TDs. He averaged 7.6 yards per carry, amassed a total of 2,850 rushing yards, broke 34 NCAA records and won the Heisman Trophy that season.

“If he were playing in today’s offenses, he very well could’ve rushed for 4,000 yards, easy,” said Oklahoma State coach Mike Gundy, who was the starting QB on that team, to ESPN in 2018. “Look at the number of plays that we have on offense today compared to back then. We huddled up, we were slow. And the majority of the games, very seldom was he ever touching the field in the fourth quarter, because we were blowing teams out.”