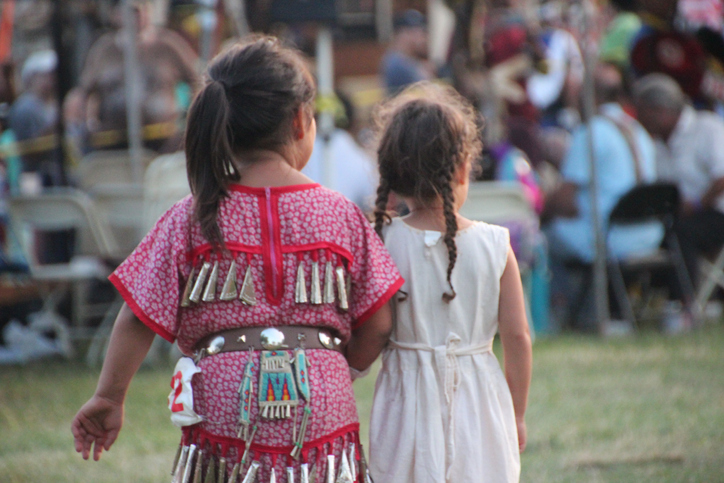 From the 1800s to the 1970s, the U.S. forced tens of thousands of Native American children into hundreds of government-sponsored schools. Many of the students never made it back home to their families.

In 1860, the Bureau of Indian Affairs founded the first Indian boarding school on the Yakima Indian Reservation in the state of Washington as a tool to “assimilate” Indian tribes into the mainstream of the “American way of life,” a Protestant ideology of the mid-19th century.

The children were taught the importance of private property, material wealth, and monogamous nuclear families at these schools, per Nativepartnership.org.

The reformers assumed that it was necessary to “civilize” Indian people, make them accept white men’s beliefs and value systems.

“At no time in history have the records or documentation of this policy been compiled or analyzed to determine the full scope of its reaches and effects. We must uncover the truth about the loss of human life and the lasting consequences of these schools,” Haaland said in a statement.

According to VOA News, an academic researcher estimates that as many as 40,000 children may have died in U.S.-run schools or due to their poor care.

In March, Haaland became the first Native American ever to be confirmed as a Cabinet secretary. The Senate voted 51-40 to confirm the Democratic congresswoman.

“This historic nature of my confirmation is not lost on me, but I will say it’s not about me. Rather, I hope this nomination would be an inspiration for Americans moving forward together as one nation and creating opportunities for all of us,” Haaland said.

The department not only manages the country’s public lands, endangered species and natural resources, it is also responsible for the government-to-government relations between the U.S. and Native American tribes.