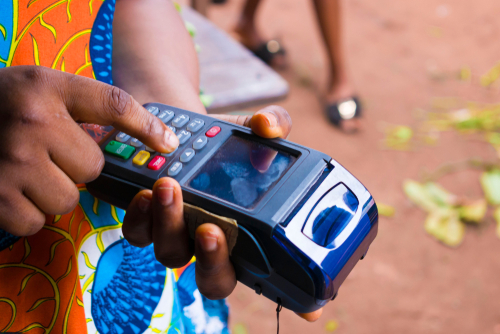 The UK wrapped up its first-ever ‘trade week’ earlier this month.

The European country used the week as an opportunity to forward its agenda to bolster its trade and business links with Africa.

UK FCDO Minister of State Amanda Milling said: “In 2020, the UK imported more than $40.1 billion in goods and services from developing and least developed countries with preferential trading arrangements, supporting their growth and poverty reduction.”

According to The Africa Report, the Developing Countries Trading Scheme (DCTS) and new rules enable the UK Export Finance agency to provide larger loans for companies to export from the UK, helping developing countries “to diversify their exports and grow their economies.”

They also state that only the UK stands to benefit from any trade agreements between them.

In 2019, the UK only imported a miniature $4.5 billion of goods and services from Africa out of $658 billion spent on imports. Only 13 African countries had a trade surplus with the UK. In January 2020, the UK government held a UK-Africa investment summit where it declared its intention to “ensure the continent’s growing demand for investment is met by the UK’s expertise and innovation.”

Total trade between the UK and African countries with which it had agreements was £17.3 billion ($23.1 billion) in 2020. Africa constitutes less than 3% of the UK’s trade, with France and the US doing more business with the continent.

Aside from the meager trade perks, the international community is still waiting on the British government to acknowledge its role in colonialism and the slave trade and fork out reparations.

Prime Minister Johnson once claimed colonialism in Africa should never have ended while downplaying the slave trade and its lasting effects. The prospect of compensation seems unlikely as long as Johnson remains at the country’s helm. In a 2002 article about Africa, the prime minister wrote, “the problem is not that we were once in charge, but that we are not in charge anymore.”

The article was titled, “Africa is a mess, but we can’t blame colonialism.”

While Johnson remains ignorant to the country’s actual debt to Africa, London’s mayor Sadiq Khan’s perspective is more rooted in reality. “It’s a sad truth that much of our wealth was derived from the slave trade,” he said.

The UK is intent on touting its increasing business deals with the continent… but the truth is… Africa is not receiving the business perks she is owed. Three percent, is quite frankly, small potatoes.