This Day in History, August 13th 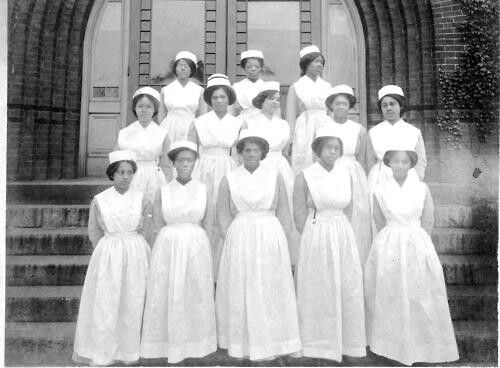 African Americans seeking hospital care, especially in the South, were not admitted into white hospitals and only a limited amount of nursing programs were accepting African American students. This created a need for nursing schools for students and Atlanta Baptist Female Seminary, later Spelman College, established the first nursing school.

Nearly a decade earlier, the New England Hospital for Women and Children opened the first school for nurses with a one-year curriculum in 1872. By 1873, three schools of nursing that were inspired by the work of Florence Nightingale opened in New York City, New Haven, Connecticut and Boston, Massachusetts. The first African American nursing school would soon follow.

Atlanta Baptist Female Seminary began with Sophia B. Packard and Harriet E. Giles, schoolteachers and Baptist missionaries from New England. The school opened on April 11, 1881, just four months before creating the first African American nursing school. The pair started a school in the basement of Friendship Baptist Church and embarked on a mission to provide quality education to black women and girls.

In 1884, the school was renamed Spelman Seminary in honor of Mrs. Laura Spelman Rockefeller and her parents, who were activists in the antislavery movement, and it was later changed again to Spelman College in 1924. The college grew beyond the basement and into a college with more than 2,100 students from 43 states and 10 foreign countries.

In September of 2014, Emory School of Nursing announced a partnership with Spelman College. Emory University’s Nell Hodgson Woodruff School of Nursing, one of Georgia’s top-ranked nursing schools, joined forces with Spelman college to offer a dual degree program that provides Spelman students with the opportunity to obtain a degree in nursing. The partnership requires students to begin their studies at Spelman.

After the completion of a three-year-program, students are then able to enroll at Emory for a two-year track that will let students earn a Bachelor of Arts and a Bachelor of Science in Nursing. The goal is for students to attain a full liberal arts experience while completing pre-requisites for Emory University.