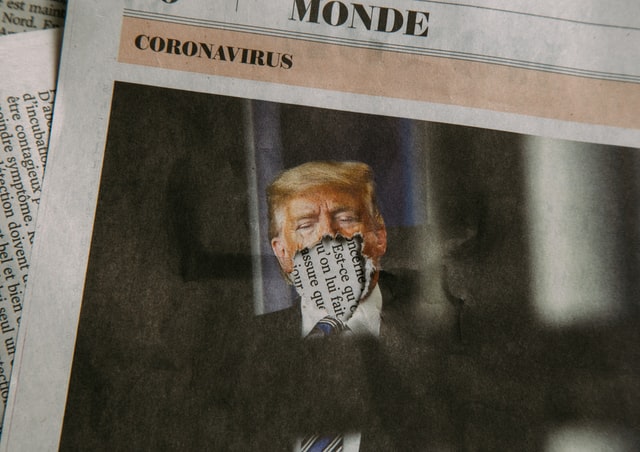 President Donald Trump has sparked outrage after a tape of him urging Republican Brad Raffensperger, the Georgia secretary of state, to overturn the election results was leaked online.

In the tape, obtained by The Washington Post, Trump pressures Raffensberger to “find 11,780 votes,” to swing the vote in his favor.

Raffensberger does not comply.

Trump even suggests that if they don’t find that thousands of ballots in Fulton County have been illegally destroyed to block investigators — Raffensperger and his lawyer would be subject to criminal liability.

“That’s a criminal offense,” he said. “And you can’t let that happen. That’s a big risk to you and to Ryan, your lawyer.”

Trump added that he plans to talk about the alleged fraud Monday at an election-eve rally in Dalton, Ga.

“You have a big election coming up, and because of what you’ve done to the president — you know, the people of Georgia know that this was a scam,” Trump said. “Because of what you’ve done to the president, a lot of people aren’t going out to vote, and a lot of Republicans are going to vote negative because they hate what you did to the president. Okay? They hate it. And they’re going to vote. And you would be respected, really respected, if this can be straightened out before the election.”

The leaked audio came a day after it was announced that the Republican Party members were planning to object to congressional certification of the 2020 US presidential election.

The GOP’s reaction to losing the election has been so outlandish that even former House Speaker Paul Ryan, a Republican who represented Wisconsin in Congress from 1999 to 2019, spoke out against the nonsensical coup.

“All our basic rights and freedoms flow from a fidelity to the Constitution and the rule of law,” Ryan said in a statement. “This principle is not only fundamentally American but a central tenet of conservatism. Under our system, voters determine the president, and this self-governance cannot sustain itself if the whims of Congress replace the will of the people. I urge members to consider the precedent that it would set.”