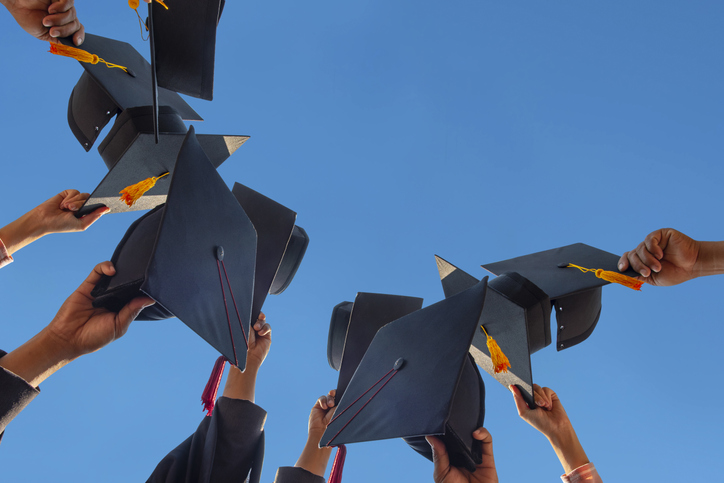 On November 16th, 1999, Rae Carruth, the once-promising receiver for the Carolina Panthers hired a crew to kill his pregnant girlfriend, Cherica Adams. She later died after being shot four times, but not before summoning the strength to call 911. That call saved the life of her son, Chancellor Lee Adams.

Rae was later arrested after trying to flee in the trunk of a car and was convicted in 2001. He served almost 19 years in a North Carolina prison before being released in October of 2018.

While he was in prison, Cherica’s mother, Saundra Adams, raised Chancellor. He has permanent brain damage and cerebral palsy due to the shooting.

It’s been a painful two decades for the family. The loss of a daughter and sister tore a hole inside that never closed. But now, two decades after her murder, the family is celebrating because Chancellor, 21, graduated from high school.

Holding the hand of his teacher, Chancellor Lee Adams crossed the stage on Saturday night and received his diploma from Vance High School. It was a full-circle moment for everyone in attendance. When he appeared, everyone at Charlotte’s Bojangles’ Coliseum stood and responded with applause that shook the building.