This Day in History: September 6th 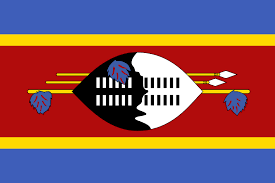 The Kingdom of eSwatini Gains Independence

The landlocked Kingdom of eSwatini, formerly Swaziland, is surrounded on the North and South by South Africa, and on the East is bordered by Mozambique. The kingdom once controlled by foreign powers was able to proclaim its independence on Sept. 6, 1968.

The region that many know as eSwatini today was originally a part of Mozambique. Early inhabitants of the land and the leadership of Sobhuza helped to create the foundation and transform the area into what it is today. Sobhuza was the son of the first Swazi king and he became a powerful ruler in the region.

By the 1800s, European settlers, traders, missionaries and hunters began to move into the region with the intent of establishing a settlement and making it their own. In the 1870s the kingdom was annexed by the British and there was a convention held to “ensure” that the area would have independence, but the independence was just on paper. In 1904, the kingdom became a High Commission Territory under the rulership of a British Commissioner. eSwatini would remain under British control for more than 60 years.

A form of limited self-government was ushered into the territory in 1963. Five years after the arrival of self-government, the nation was granted complete independence on Sept. 6. King Sobhuza II became the Head of State and the country was administered by a Cabinet and Prime Minister selected by Parliament. The former Swaziland constitution was a product of its previous British rulers which led the king to suspend it because it did not reflect the culture of the people. A new constitution was presented in 1977 and made the king the absolute ruler of the kingdom.

During the 1990s and early 2000s, civil and political turmoil, severe droughts and an AIDS crisis disrupted the country. The country continues to experience high HIV/AIDS prevalence rates. Despite its classification as a lower-middle-income country, eSwatini suffers from severe poverty and high unemployment.

In 2006, a new constitution came into effect which included provisions for a more independent parliament and judiciary.

King Mswati III officially changed the name of the kingdom from Swaziland to eSwatini in 2018. The new name means “land of the Swazis” and it was done in celebration of 50 years of independence.