This Day in History: September 14th 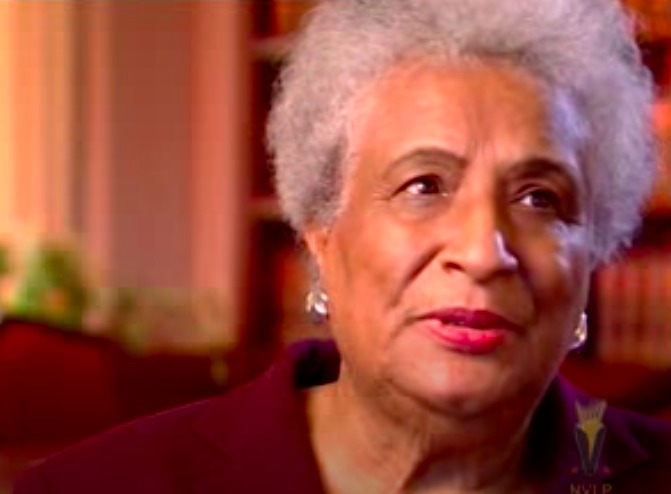 National Women’s Hall of Fame member, Constance Baker Motley, an activist, lawyer and a federal judge who helped to advance the civil rights movement, was born on September 14, 1921, in New Haven, Connecticut.

She attended Fisk University until 1942 when she transferred to New York University’s Washington Square College and earned a bachelor’s degree in economics. In 1944, she became the first Black woman to be accepted into Columbia Law Schoo, from which she graduated two years later.

Motley’s legal career began as a law clerk for Thurgood Marshall at the National Association for the Advancement of Colored People Legal Defense and Education Fund. During her 20-year tenure, she served as associate counsel and won nine civil rights victories in cases she argued before the U.S. Supreme Court.

As a key legal strategist during the civil rights movement, Motley helped to desegregate Southern school systems, busses and lunch counters. She prepared the draft complaint for the ground-breaking Brown v. Board of Education case and was the only woman on the NAACP legal team.

In 1964, Motley made history and became the first African-American woman elected to the New York State Senate. While in this role, she developed a plan to revitalize the so-called inner city and to improve housing and schools in those neighborhoods.

President Lyndon Johnson appointed her to the federal courts in 1966, making her the first woman from the Global Majority to sit on a federal bench as a judge. She was appointed chief judge of New York’s Southern District in 1982 and assumed the status of senior judge two years later.

In addition to the numerous awards and honorary degrees recognizing Motley’s contributions to the civil rights movement and the legal profession, she was also inducted into the National Women’s Hall of Fame in 1993. Motley wrote and published an autobiography Equal Justice Under the Law, in 1998.

In regards to her work, Motley once stated, “As the first Black and first woman, I am proving in everything I do that blacks and women are as capable as anyone.”

Constance Baker Motley died of congestive heart failure on September 28, 2005, in New York, New York. During her career as a lawyer and politician, she received over 70 awards and eight honorary degrees from universities.