This Day in History: October 8th 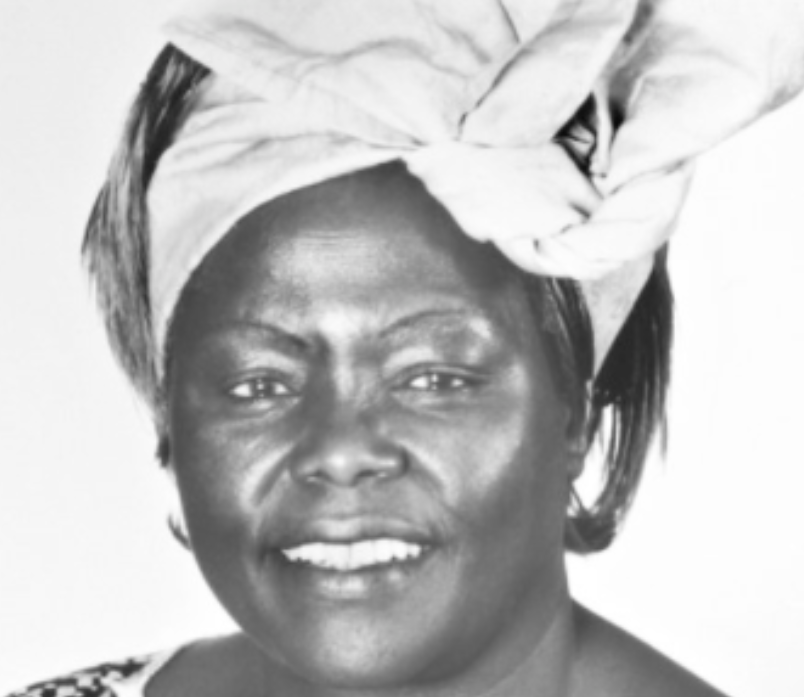 The First African Woman To Receive The Nobel Peace Prize

Renowned Kenyan scholar and activist, Wangari Maathai made history on October 8, 2004, when she became the first African woman to receive the Nobel Peace Prize.  Maathai pioneered the Green Belt Movement which sought to end the devastation of Kenya’s forests and remedy the negative impact it had on the country’s environment.

The activist was born on April 1, 1940, in Nyeri, Kenya. Unlike many of her peers, Maathai was sent to school when she was 8 years old. She excelled and won a scholarship to go to college in the United States. Maathai attended Mount St. Scholastica College in Kansas, where she earned a bachelor’s degree in biology and she completed her master’s degree in biological sciences at the University of Pittsburgh.

Maathai decided to address issues of the environment and equality for women when she launched the Green Belt Movement. Due to her efforts, more than 30 million trees were planted in Kenya and she provided nearly 30,000 women with new skills and opportunities. She was also an outspoken critic of dictator Daniel arap Moi and challenged the government on its development plans and handling of the country’s land.

With the success of the Green Belt Movement, Maathai continued to vocalize her opposition to the government and eventually earned a seat in the country’s parliament. She was appointed assistant minister of environment, natural resources and wildlife.

All of her work did not go unrecognized because she was given the Nobel Peace Prize in 2004. She was selected “for her contribution to sustainable development, democracy and peace,” according to the Nobel Foundation. Also, in the words of the Nobel Committee, “she thinks globally and acts locally.”

In 2006, Maathai published her memoir, Unbowed, and shared her life story with the world. Wangari Maathai dedicated herself to political and environmental activism and received one of the most prestigious awards for her contributions. Maathai died on September 25, 2011, in her native country of Kenya.