This Day in History: October 4th 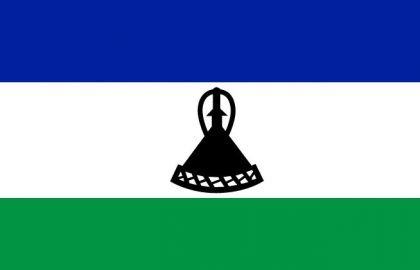 The landlocked Kingdom of Lesotho was once home to the Sotho people during the 16th century. The territory completely surrounded by South Africa gained its independence from British rule on October 4, 1966.

Despite having limited military power, Chief Moshoeshoe I was successful at outliving his stronger rivals. He also established good relationships with missionaries who advised him on negotiations with Europeans and created missions and schools for the natives. However, by the 1830s the Chief Moshoeshoe faced new threats and sought after the British Crown to aid in protection.

In 1868, Basutoland (as the country was then called) was granted British protection, but the land was soon annexed to the Cape Colony after the death of Moshoeshoe in 1870. The Basutoland Council was established as an advisory body after the natives resisted incorporation into the proposed Union of South Africa. By 1959, Basutoland became a British Colony and was called the Territory of Basutoland.

Just one year later the Basutoland National Council, was formed and they later ushered in a new constitution. Moshoeshoe II reigned as King during this time and he established a bicameral legislature. Chief Leabua Jonathan led the Basotho National Party (BNP) to victory in the 1965 elections when the group narrowly defeated the Basutoland Congress Party (BCP).

Basutoland gained full independence the following year in October and became known as Lesotho. Chief Leabua became the country’s first Prime Minister. Soon after gaining independence the relationship between the King and the Prime Minister became strained. Leabua exiled the King (later allowing him to return with no political involvement), suspended the constitution and repressed any opposition until he was overthrown in a military coup. Much political unrest continued until the 1990s.

A Constitutional government was restored after 23 years of authoritarian rule. The BCP was voted into power during the 1993 election, but that did not stop fighting amongst rival army factions. The Kingdom of Lesotho faced internal turmoil from fighting and by 2004 the land was also in the midst of a severe drought. The All Basotho Convention (ABC) was formed in 2006 and came to power with Thomas Thabane as the leader. Thabane served as Prime Minister until he resigned and the former Finance Minister, Dr. Moeketsi Majoro, took over in May 2020.