This Day in History: October 13th 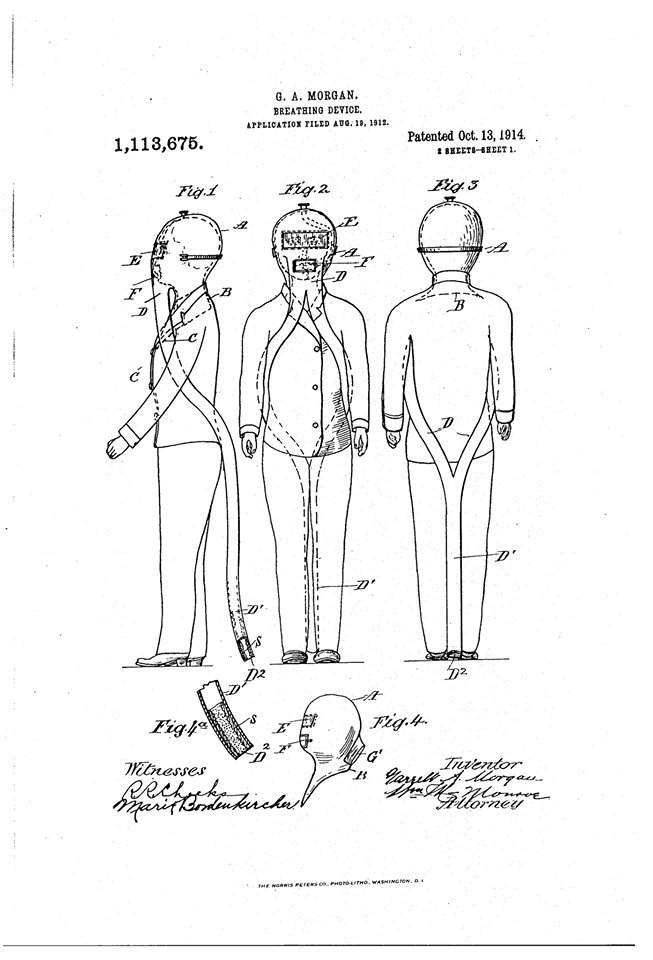 Inventor Garrett Morgan patented a respiratory device that would later serve as the blueprint for World War I gas masks also known as a “safety hood” on October 13, 1914. Other inventors had made attempts at developing their own gas masks but Morgan’s proved to be superior in quality.

Morgan was born in Paris, Kentucky, on March 4, 1877, and was the seventh of 11 children. He first became fascinated with machines and their inner workings after taking jobs at several sewing-machine factories. He obtained a patent for an improved sewing machine and then opened his own repair business.

He was a prolific inventor. In 1923, Morgan created a new type of traffic signal that had a warning light to alert drivers when they needed to stop. He came up with this after witnessing a carriage accident at a problematic intersection in his city. He would also find success in the hair refining industry prior to the patent of his breathing device. His inventions and successes provided him financial freedom and security that allowed him to pursue new interests.

Morgan was awarded a gold medal at the Second International Exposition of Safety and Sanitation in New York, but it wasn’t until two years later that the popularity of the invention of his gas mask took off. His invention was put to the test in 1916 in Ohio when a methane gas explosion occurred at the Cleveland Waterworks and trapped 11 workers underground.

Two rescue parties entered the tunnel where the explosion took place but did not return. However, Morgan, his brother and a neighbor entered the tunnel using the devices and made successful trips into the tunnel. The men managed to save two lives before the rescue mission was stopped.

Despite the efforts of Morgan and the other men, they were ignored at first but eventually recognized as heroes. He was given a Medal for Bravery from the City of Erie for his actions during the rescue. He began to receive orders for his product from various fire departments and mine owners across the United States and Europe.

Morgan’s breathing device became the prototype for the gas masks that were used during World War I and protected soldiers from the toxic gases being used in warfare. Fire departments in various cities across the country were also equipping their firefighters with Morgan’s device.