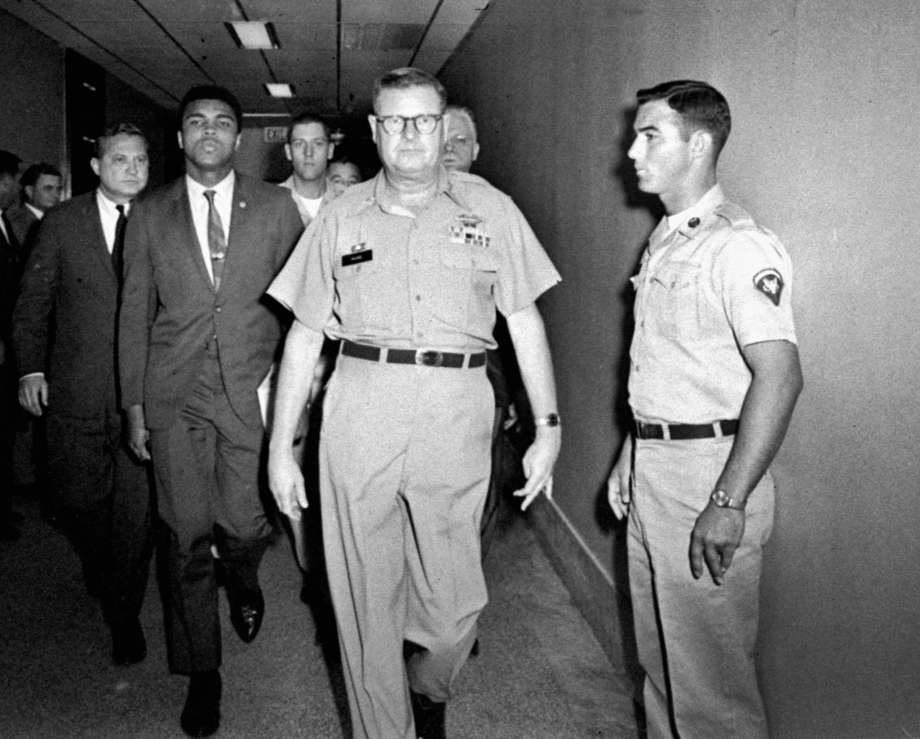 Muhammad Ali’s anti-Vietnam War stance cost him his heavyweight title and nearly his freedom when an all-white jury convicted him of draft evasion on June 20, 1967. Ali rejected enlistment in the military—citing his religious beliefs after converting to Islam three years prior.

“My conscience won’t let me go shoot my brother, or some darker people, or some poor hungry people in the mud for big powerful America,” Ali said in 1965. “And shoot them for what? They never called me nigger, they never lynched me, they didn’t put no dogs on me, they didn’t rob me of my nationality, rape and kill my mother and father. … Shoot them for what? How can I shoot them poor people? Just take me to jail.”

In April of 1967, Ali arrived for his scheduled induction into the U.S. Army. But when his name was called, Ali repeatedly refused to step forward. He was immediately arrested and the New York State Athletic Commission stripped Ali of his heavyweight title and boxing license. Ali, formerly known as Cassius Clay, won the title from Sonny Liston in 1964 to become the youngest heavyweight champion in boxing history.

During the trial, Ali and his attorneys challenged the charges by saying the 25-year-old spent 90 percent of his time ministering and just 10 percent as a boxer. His lawyers argued that Ali’s freedom of religion rights were being violated by requiring him to fight in the war. Before the trial, a hopeful Ali released the statement saying, “if justice prevails, if my constitutional rights are upheld, I will be forced to go neither to the Army nor to jail. In the end, I am confident that justice will come my way for the truth must eventually prevail.”

But the jury of six men and six women came to a guilty verdict after deliberating for just 20 minutes in a Houston, Texas courthouse. He was immediately sentenced to five years in prison after Ali demanded the judge hand down his punishment swiftly.

Ali was able to stay out of prison while he appealed the case. But without a license to box, Ali was ostracised from the sport during the prime of his career. During his three years out of the ring, Ali remained an outspoken opponent of the war—holding lectures on college campuses across the country.

In 1970, the New York State Supreme Court ruled that Ali’s boxing license must be reinstated and a year later, the U.S. Supreme Court overturned Ali’s conviction in a unanimous decision. After 43 months out of the ring, Ali would make his boxing return by knocking out Jerry Quarry.