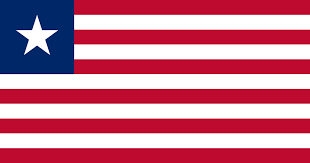 The west African country of Liberia proclaimed its independence on July 26, 1847, making it the first democratic republic in African history. The former colony declared its independence after a decline in support from the American Colonization Society.

Robert Finley established the American Colonization Society in 1816 to return freed African-Americans to Africa. The society consisted of many Quakers who opposed slavery and peopled who held people in bondage. The two groups agreed that the freed population should be returned to their native homeland. Members included James Monroe, Andrew Jackson, Daniel Webster and Francis Scott Key.

This was a controversial topic because U.S. abolitionists argued that removing the freed population from the United States only strengthened the institution of slavery. The society also faced criticism because some African-Americans opposed the concept. Despite facing criticism, by the 1820s the first group of settlers arrived in Liberia and more than 15,000 African Americans settled in Liberia.

With the arrival of Jehudi Ashmun, a white American who briefly settled in the colony, Liberia began to expand. By the time Ashmun left the territory in 1828, Liberia had an established government, laws for the settlers and the beginnings of commerce. The colony appointed its first governor, Thomas Buchanan, in the 1830s. Buchanan was succeeded by Joseph Roberts, who was the colony’s first Black governor. Roberts was born in Virginia to free parents and he immigrated to Liberia with his mother and younger brothers.

Under Roberts’ leadership, Liberia was able to enlarge its boundaries and improve economic conditions. Roberts pursued treaties with native tribes and sought recognition from foreign powers as a way to create economic and political stability. However, when the American Colonization Society suggested that Liberia should not depend on the organization, Roberts decided to proclaim it an independent republic in July of 1847. Roberts created a constitution modeled after the United States.

Independence was granted and recognized in 1848–56 by most countries. Roberts served as the president of the republic and was even reelected to be president in the 1870s. With its independence, Liberia was able to assist in efforts to end the illegal slave trade. Official U.S. diplomatic recognition came in 1862.