This Day in History: January 26th 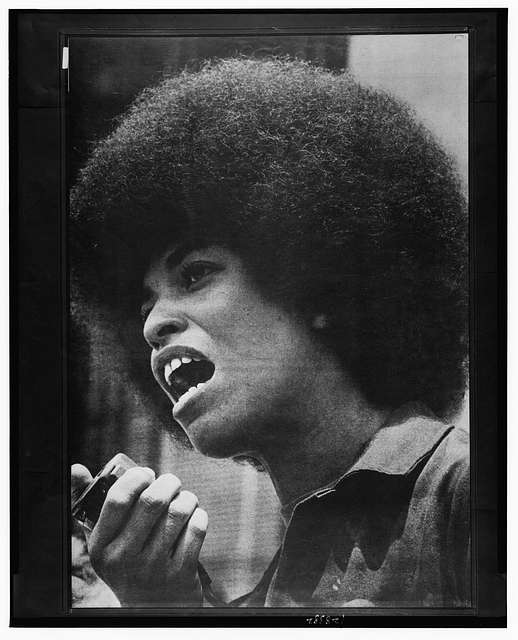 Activist, educator and writer, Angela Davis, was born on January 26, 1944, in Birmingham, Alabama. She was an advocate for the oppressed and wrote several books on women, race and class.

Davis was aware of racial tensions and prejudices from a young age. She grew up in a middle-class neighborhood called “Dynamite Hill,” due to frequent targeting from local Klu Klux Klan members. She went on to attend Brandeis University in Massachusetts, where she began studying philosophy with Herbert Marcuse. She received her M.A. from the University of California, San Diego and spent most of her time with the Che-Lumumba Club, an all-black branch of the Communist Party. Davis was also associated with the Black Panther Party.

After being hired to teach at the University of California, Los Angeles, Davis ran into trouble with the school’s administration because of her political ties. They fired her but Davis was able to win her job back in a court. Following her victory, Davis went back to teaching but ended up leaving when her contract expired in 1970.

Her interests outside of academia led to her becoming a strong supporter and friend of the Soledad Brothers: John W. Cluchette, Fleeta Drumgo and George Lester Jackson. The three men were inmates of Soledad Prison and were accused of killing a prison guard after several African American inmates were killed by another guard.

Davis rose to the spotlight when she was brought up on several charges in connection with an attempted prison escape that resulted in murder. During George Jackson’s trial, an escape attempt was made and several people in the courtroom were killed. The gun involved was registered to Davis and there was also speculation that she and Jackson were in love. Davis spent 18 months in jail and was acquitted in June 1972.

While in prison, Davis wrote her first book, If They Come in the Morning: Voices of Resistance. She also authored Women, Race, and Class (1980), Are Prisons Obsolete? (2003) and Freedom Is a Constant Struggle: Ferguson, Palestine, and the Foundations of a Movement (2016).

The activist continued teaching courses on the history of consciousness before retiring in 2008. Davis can be found speaking at prestigious universities, discussing race relations, the criminal justice system and women’s rights.