This Day in History: January 20th 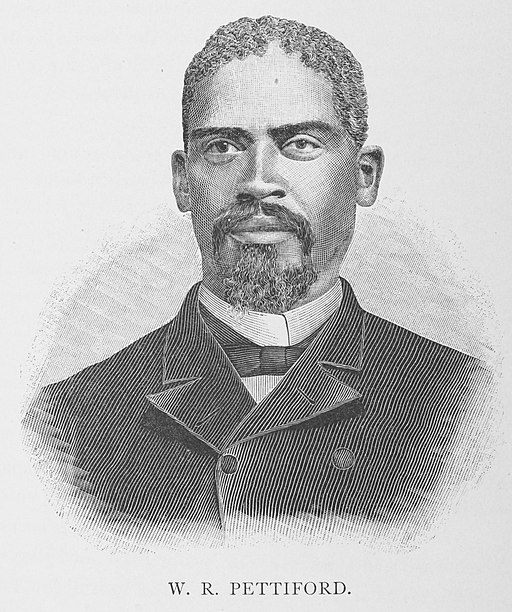 Alabama’s first black bank owner, William Reuben Pettiford, was born on January 20, 1847, in Granville County, North Carolina. Pettiford was also a minister and educator in addition to being an entrepreneur.

Pettiford was born to free parents and was able to learn under private instruction. By the age of 21, Pettiford had a new interest and took an active role in his religion. He was baptized in Salisbury, North Carolina and shortly after, he met his first wife and moved to Selma, Alabama where he worked as a laborer and teacher.

Pettiford further pursued education in religion, receiving a doctoral degree in divinity. He also became licensed to preach in 1879. During this time he was also receiving motivation from several sources to establish the Penny Savings Bank. Pettiford opened the Alabama Penny Savings Bank in Birmingham, which became the state’s first black-owned and black-operated financial institution.

The bank was designed to encourage black businesses and give black citizens a better way to save their money. It would become the largest black-owned bank in the country during its time, establishing branches in other cities such as Selma, Anniston and Montgomery.

Pettiford and several other community leaders organized a three-month campaign of education, speeches and advertising to ensure the bank’s future success. On opening day, the Alabama Penny Savings company received more than $500 in deposits. Although the bank did achieve some success, many African-Americans were wary of black-owned banking institutions due to the failure of the Freedmen’s Saving Bank in the 1870s. The bank continued to grow under the leadership of Pettiford despite hesitations.

He also helped to organize the National Negro Banker’s Association in 1906, which sought to foster and encourage the establishment of black-owned banks as well as provide support to the banks already in existence. By the time of Pettiford’s death in 1914, the Alabama Penny Savings Bank was the largest and strongest African American owned bank in the United States.

However, in 1915, after a merger, the name was changed to the Alabama Penny-Prudential Savings Bank and the institution failed the same year.