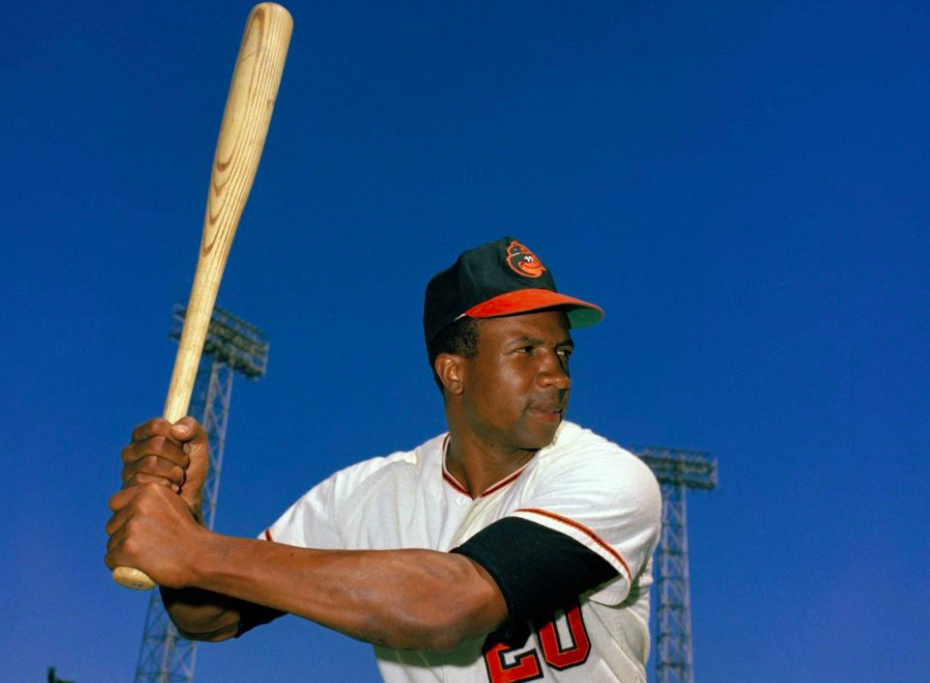 Baseball icon Frank Robinson was born on this day in 1935 in Beaumont, Texas. He died in February of 2019, after losing a battle with bone cancer. Here are some things to know about the trailblazing slugger.

Robinson grew up in Oakland

Robinson was born in Beaumont, Texas in 1935, but moved to California with his mother after she divorced his father. He was the youngest of Ruth Shaw’s 10 children. Robinson would settle in with his mother and two half-brothers in an ethnically diverse neighborhood in West Oakland.

In the 1950s, the East Bay would be rich with young black talents like Joe Morgan and Willie Stargell, but Robinson quickly stood out from the pack in his teenage years—starring in baseball and basketball at McClymonds High School. Robinson was briefly teammates with Bill Russell on the hardwood. The 11-time NBA champion expressed his condolences this week after losing his “dear friend” Frank.

Prev1 of 5Next
Use your ← → (arrow) keys to browse
Share
Facebook
Twitter
Pinterest
WhatsApp
Previous articleThe Lessons of Augusta Savage, Harlem Renaissance Sculptor
Next articleDid You Renowned Educator, Marva Collins, Was Born on This Day?
- Advertisement -