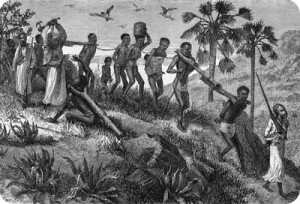 Shayla Farrow
Prev1 of 5Next
Use your ← → (arrow) keys to browse

On August 1, 1834, slavery was abolished in Trinidad and Tobago. It was announced that the end of slavery would roll out as slaves on plantation would still be expected to “work” as apprentices until 1840. Following the announcement, there was an uprising among formerly enslaved that put pressure on Great Britain, which colonized the island, to it immediately.

Here are five things you should know about Trinidad and Tobago and the abolition of slavery there.

More than 40,000 Amerindians existed in Trinidad before the arrival of Christopher Columbus and Spanish settlement in 1592. They could not survive the disease, warfare, murder, forced labor and rape brought on by the Spanish colonizers and it would ultimately lead to their near extermination. In 1783, the King of Spain established the Cedula of Population which opened Trinidad to immigration primarily from the French Caribbean islands. By 1797, the Trinidad population was estimated to be at 18,627; 2,500 were “white,” 5,000 were “free Blacks and people of color,” 10,000 were enslaved Africans, and 1,082 were Amerindians.