This Day in History, August 10th 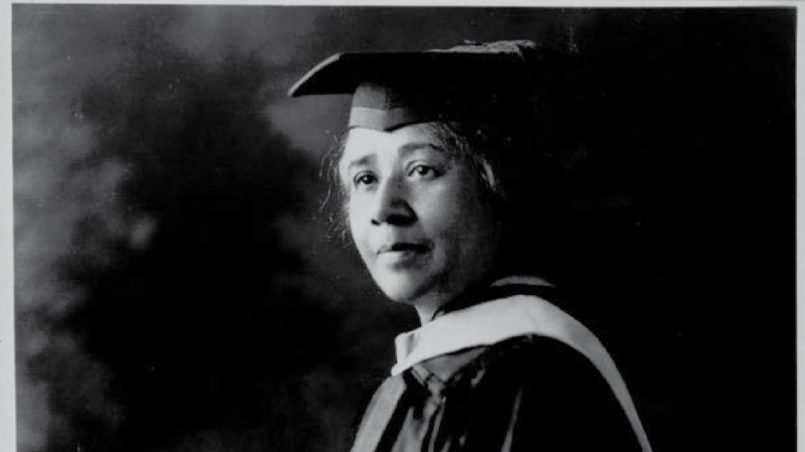 Anna Julia Cooper, educator, educator, the fourth Black American woman to earn a PhD (in history from the Sorbonne in 1924) and author of A Voice From the South, was born August 10, 1858 in Raleigh, NC.

Cooper and her mother were enslaved, the property of George Washington Haywood, a son of North Carolina’s longest serving state treasurer, John Haywood, and one of the founders of the University of North Carolina. Reportedly, either George Haywood or his brother, Dr. Fabius Haywood, was Cooper’s father.

Following Emancipation, Cooper began her education in 1868, at the newly-opened Saint Augustine’s Normal School and Collegiate Institute in Raleigh, NC, which was founded the Episcopal diocese to train teachers to educate the formerly enslaved.

Cooper, who received a scholarship, excelled in all subjects, especially math, science, languages and English literature. In 1877, she married classmate, George A.C. Cooper, who was training to become a minister. He died two years after they were wed. After his death, Cooper enrolled in Oberlin College in Ohio, where she graduated with a B.S. in mathematics in 1884 and a master’s in math in 1888.

She later moved to Washington, DC, where she, along with Ida B. Bailey, Helen Appo Cook, Mary Church Terrell, Evelyn Shaw and Charlotte Forten Grimké, started the Colored Women’s League. It was formed to promote unity, social progress and the best interests of the African American community. Cook was its first president.

While working for justice, Cooper began teaching Latin at M Street High School, where she would become principal in 1901. She left the school over an ideological fight between teaching the classical higher studies, as was the model of W.E.B. DuBois, or vocational education as was the method touted by Booker T. Washington. She favored DuBois’s approach and became embroiled in a fight she chose to not continue.

In 1914, Cooper started her doctoral work at Columbia University. Her studies were interrupted a year in when her brother’s wife died, leaving five children without a mother. Cooper adopted the five and supported them by teaching. She resumed her studies at the University of Paris-Sorbonne, where she had to start over because they would not accept her Columbia credits. Following a decade of research, she wrote her dissertation and completed her coursework at the age of 66. A year later, Cooper defended her thesis “The Attitude of France on the Question of Slavery Between 1789 and 1848.” She would become the fourth black woman to earn a PhD in history.

From 1930 to 1941, Cooper served as president of the Frelinghuysen University for working adults in Washington, D.C. She died in her sleep at age 105.