This Day in History: April 8th 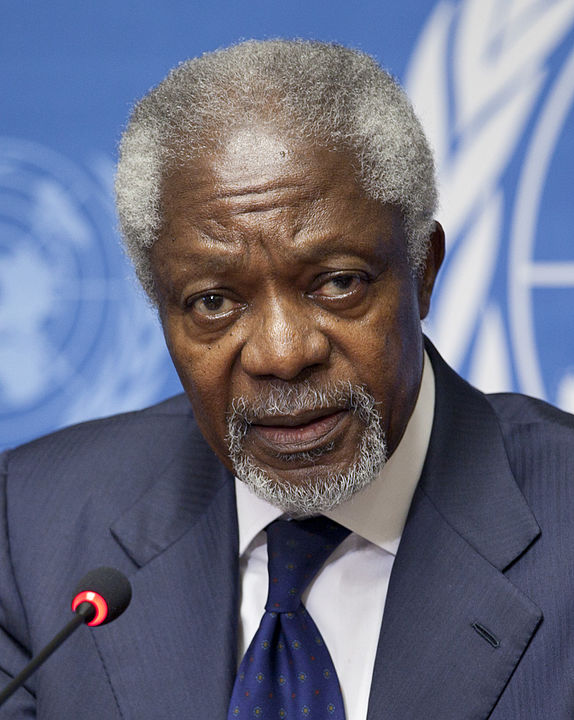 Nobel Peace Prize recipient Kofi Annan was born in Kumasi, Ghana, on April 8, 1938. Annan served two terms as the seventh Secretary-General of the United Nations after emerging from the ranks of UN staff from 1997 to 2006.

Annan attended the University of Science and Technology in Kumasi but he completed his undergraduate studies in economics while in the United States. He received his Master’s of Science degree in management from Massachusetts Institute of Technology as a Sloan Fellow. Annan was fluent in several languages including English, French and African dialects.

During the 1960s, Annan took a position with the UN and worked for the World Health Organization in Geneva. He held several senior roles which include human resources management, budget and finance, and peacekeeping. He also worked on special assignments where he consulted with world leaders and led negotiation efforts prior to becoming Secretary-General.

One of his main responsibilities was to reform and revitalize the United Nations while making its international system more effective. He was an advocate for human rights and worked to bring the organization closer to the public.

Through the urging of Annan, two intergovernmental bodies were established, the Peacebuilding Commission and the Human Rights Council. He even helped to create the Global Fund to fight AIDS and other diseases and to protect people from genocide, war crimes, and ethnic cleansing. Annan launched the “Global Compact” initiative in 1999 to promote corporate social responsibility. Annan was awarded the 2001 Nobel Prize for Peace.

Following his tenure with the UN in 2007, Annan was named chairperson of the Alliance for a Green Revolution in Africa (AGRA), an organization that aids small-scale farmers and was funded by the Bill & Melinda Gates Foundation and the Rockefeller Foundation. He also helped to resolve issues in the Kenyan elections. He received the Peace of Westphalia Prize for his contributions to unity and peace in Europe and became chancellor of the University of Ghana.

He also founded the Kofi Annan Foundation, a non-profit organization that promoted peace, sustainable development, and human rights. During Annan’s career, he received honorary degrees from universities in Africa, Asia, Europe and North America, as well as several prizes and awards.