This Day in History: April 25th 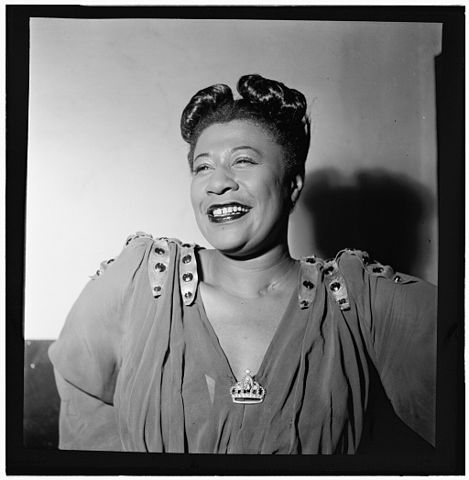 Ella Jane Fitzgerald was born in Newport News, Va. on April 25, 1917. She was the oldest of her mother’s children.

“I knew I wanted to sing before people the rest of my life,” said the icon.

Growing up in Yonkers, New York, Fitzgerald considered herself to be a tomboy who was able to easily make friends in her neighborhood. She would also take on small jobs to contribute money to the family.

However, after the death of her mother, Fitzgerald was sent to Virginia to live with her aunt. She had a difficult time adjusting to her new environment and began to perform poorly in school. Fitzgerald even got in trouble with the law. She was taken into custody and sent to a reform school.

After leaving the reformatory, she entered the world in the midst of the Great Depression both underage and broke. But Fitzgerald managed to push forward and took her pain to the stage.

In 1934, her name was pulled in a weekly drawing at the world-famous Apollo Theater and she won the opportunity to compete on Amateur Night. She not only commanded the tough audience, but by the end of her performance, the crowd was demanding an encore.

Fitzgerald’s performance at the Apollo was only the beginning. A member of the band was impressed by Fitgerald and the two developed a friendship that helped to launch her career. She was able to impress a fellow musician and bandleader who went on to hire her to travel with his band, which made appearances in prestigious venues such as Harlem’s Savoy Ballroom.

In 1936, Fitzgerald made her first recording. “Love and Kisses,” while with Decca Recording label, but the piece only saw moderate success. Two years later at the age of 21, she recorded a rendition of the nursery rhyme, “A-Tisket, A-Tasket,” which sold one million copies and stayed on the pop charts for weeks. This propelled her career forward and made her famous.

After los in her mentor, Fitzgerald stepped into the role of leading the band, which was renamed “Ella Fitzgerald and Her Famous Band.” She signed with manager Norman Granz and was able to work with talents such as Louis Armstrong and make television appearances. Despite having fame, Fitzgerald still had to deal with discrimination like most black musicians of the time. However, discrimination did not stop her from touring worldwide.

Fitzgerald continued touring and performing until the 1990s when her health issues became overwhelming. By the end of her career, she received honorary doctorates and many awards including the National Medal of Arts from President Ronald Reagan and the Commander of Arts and Letters award in France.

Ella Fitzgerald died in her Beverly Hills home on June 15, 1996.