This Day in History: April 15th 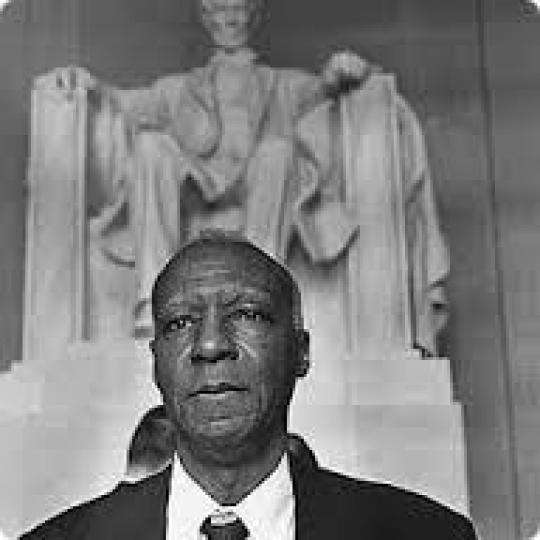 Asa Philip Randolph, founder of the March on Washington and the Brotherhood of Sleeping Car Porters, was born on April 15, 1889 in Crescent City, Florida.

Randolph’s father was a tailor and a minister in the African Methodist Episcopal church. His mother was a skilled seamstress. Both of his parents were also fierce fighters for justice. Randolph recalled the night his father left the home with a pistol in his coat to stave off a lynching of a black man at the local jail while his mother waited up for him in the front room of their home with a shotgun.

They also believed that education was the great equalizer and both Randolph and his older brother, James Jr.,  excelled in school. They attended the only black high school in East Jacksonville, Florida where Randolph was a standout in literature, drama and public speaking as well as baseball and the choir. He was the valedictorian of The Class of 1907 at Cookman Institute.

After graduation, Randolph read W.E.B. DuBois’s The Souls of Black Folk and was inspired to do more than work odd jobs and sing and act, which he was pursuing. The book awakened a desire to fight for equality in Randolph, who was not finding work in Florida, outside of menial and manual-labor jobs.

Randolph moved to New York City in 1911, where he enrolled in City College.

He still loved the arts and helped organize the Shakespearean Society in Harlem, where he acting in plays as Othello, Romeo and Hamlet. He also got involved with the Industrial Workers of the World, which promoted socialist ideals. Randolph started studying Marxism and developed his own views on the subject, which evolved into a focus on economic and employment equality for Blacks.

He, along with Chandler Owen, who was a law student at Columbia University when he met Randolph, opened an employment office in Harlem to provide job training for the thousands coming to New York during the Great Migration. They encouraged these newly trained workers to also join trade unions.

Many unions didn’t allow for Blacks to join. In 1925, Randolph organized and led the Brotherhood of Sleeping Car Porters, the first Black labor union in America.

In addition to the union, Randolph also took on political leaders to demand equal rights. He pressed President Franklin Delano Roosevelt into issuing Executive Order 8802 in 1941, which banned discrimination in the defense industries during World War II. He also pressured President Harry S. Truman to issue Executive Order 9981 in 1948 to integrate the armed forces.

In 1963, Randolph headed up The March on Washington with the expressed mission to bring attention to the economic disparities between Blacks and whites. That march, organized by Bayard Rustin, saw 250,000 people converge on the Mall in Washington, D.C. It was where Dr. Martin Luther King, Jr. delivered his famed “I Have a Dream” speech.

In 1967, Randolph inspired the “A Freedom Budget,” which was published by the Randolph Institute in January of that year.

Randolph, whose wife Lucille died in 1963 before The March on Washington, died in Manhattan in his apartment from a reported heart ailment. He had no children.