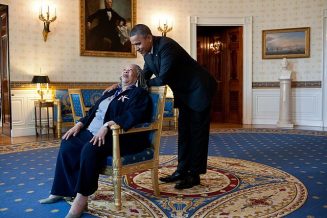 This Day In History: February 18th

Celebrated author, Toni Morrison, published novels that explored themes relative to the African-American experience. Morrison used her love of literature and skilled writing abilities to inspire generations of writers to follow in her footsteps. Here are five things to know about Toni Morrison!

Morrison died on August 5, 2019, at Montefiore Medical Center in New York. The same year, The Pieces I Am, a documentary detailing her life was released.