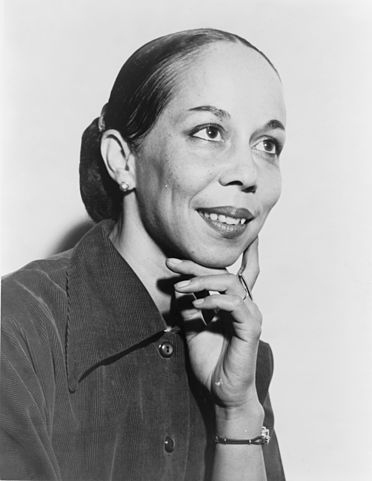 This Day In History: March 7th

Janet Collins was born on March 7, 1917, in New Orleans, Louisiana. Her family relocated to Los Angeles, where she took private dance lessons at a community center. She also received dance instructions from Carmelita Maracci, who was one of few dance teachers during the time to accept black students.

During her lessons, she took an interest in classical ballet, modern and ethnic dance. Collins was offered a position with Ballet Russe de Monte Carlo, but she declined because the company wanted her to hide the fact that she was African-American. Despite her setback, Collins appeared in her first performance as a theatrical dancer in 1940. In 1943, she performed with Katherine Dunham’s troupe and danced in the musical film Stormy Weather.

Collins made her debut New York performance in 1949, and she was named an outstanding debutant by Dance Magazine. She was featured in the musical Out of This World and received the Donaldson Award for best Broadway dancer. After her appearance in the musical, Collins caught the attention of Zachary Solov, the ballet master of the Metropolitan Opera House at the time.

Although Collins found success performing in New York, she was not immune from the racism she endured while touring in the South. She performed at select venues as a solo dancer across Canada and the United States. In addition to touring, Collins began preparing a new generation of dancers while working as an instructor at the School of American Ballet, San Francisco Ballet School, and the Harkness House. Collins died on May 28, 2003, in Fort Worth, Texas.