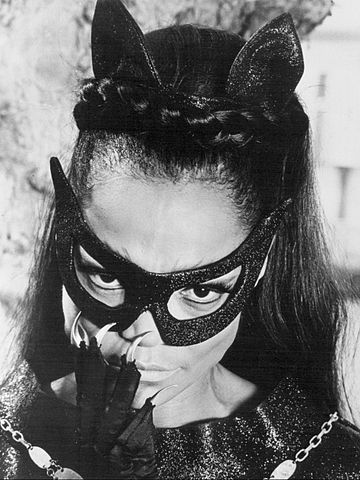 This Day In History: January 17th

Performer and actress Eartha Kitt captivated audiences with her versatility in film, theater, cabaret, music and television. Kitt is an international star who gained acclaim in Paris before returning to the United States to appear in films and on Broadway.

Eartha Mae Kitt was born on January 17, 1927, in South Carolina and faced several difficulties growing up. Her mother abandoned her and left her in the care of relatives who mistreated her. She was also subject to bullying because of her mixed-race background. Kitt’s father was white, and her mother was African American and Cherokee Indian.

As a child, Kitt was sent to New York City to live with an aunt. She enrolled in the New York School of Performing Arts before winning a scholarship to study with Katherine Dunham and joining her dance troupe. She toured with the troupe for years until she decided to go solo.

Kitt’s popularity rose as she continued to perform in Paris. She returned to the United States and appeared in the Broadway review, New Faces of 1952, which helped elevate her status. In 1954 she released her first album with songs such as “I Want To Be Evil,” “C’est Si Bon,” as well as the holiday classic “Santa Baby.”

She was also finding success on the big screen, starring opposite stars such as Nat King Cole. However, during the 1960s Kitt secured one of her most notable roles when she starred as Catwoman on the TV series Batman. Kitt was the first black Catwoman and she made the role come alive with her distinct voice and presence.

Despite her popularity, Kitt was known for being direct which put her in the middle of a media frenzy in 1968. While attending a luncheon on the subject of juvenile delinquency and crime hosted by First Lady Johnson at the White House, Kitt made comments against the Vietnam War that offended Johnson. Her comments made headlines and her career was left to deal with the backlash.

A decade following her comments, Kitt managed to reemerge in the spotlight and secured a Tony Award nomination for her Broadway appearances. She continued to find work, even introducing herself to a new set of fans as YZMA, the villain, in Disney’s animated feature, “The Emperor’s New Groove.”

Eartha Kitt is one of few performers to be nominated for a Tony, Grammy and Emmy Award. She impressed audiences for decades with her unique charm and appeal before dying of colon cancer on December 25, 2008, in Connecticut.