Did You Know Activist Fannie Lou Hamer Was Born on This Day? 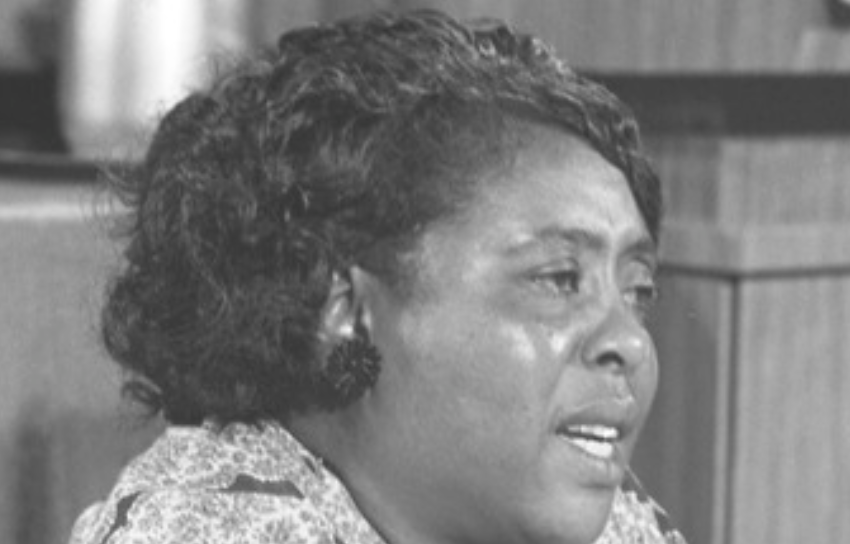 This Day In History: October 6

From humble beginnings to a leading voice in the battle for equality, activist Fannie Lou Townsend Hamer helped to advance the state of affairs for the Black community through the creation of a variety of organizations. She was born into a family of sharecroppers on October 6, 1917, in Montgomery County, Mississippi.

Hamer started her mission down in the Mississippi Delta and ultimately became a powerful figure in the Civil Rights Movement. She worked on a plantation with her family and also with her husband until the 1960s. Despite her brief academic experience, Hamer was still able to learn how to read and write. Due to her literacy, she became the plantation’s timekeeper. After parting ways with the plantation, Hamer was soon deeply involved in activism.

Hamer attended a protest meeting in the summer of 1962 and got connected with activists who were encouraging other African-Americans to become registered voters. This sparked her interest in voter registration efforts. She became an organizer for the Student Nonviolent Coordinating Committee (SNCC) and helped to register more African-American voters.

She continued her efforts even after suffering a brutal beating in police custody that left her with lifelong injuries. In 1964, she co-founded the Mississippi Freedom Democratic Party (MFDP) and also helped to organize Freedom Summer which promoted voter registration in the segregated south. She also led members of the organization to the Democratic National Convention and sought recognition as an official delegation.

In 1971, Hamer helped to establish the National Women’s Political Caucus. However, she grew frustrated with the political process and began to focus her attention on economics as a means for upward mobility. She launched the Freedom Farm Cooperative (FFC) and purchased 640 acres of land for African-Americans to own and farm collectively. She was able to open shops and build affordable housing units for the community. Hamer purchased the land with the help of various donors including Harry Belafonte.

Hamer attempted to maintain the FFC, but extensive travel coupled with her failing health led to its demise. The FFC lasted until the 1970s, but some of the buildings can still be found in Ruleville, Mississippi. Fannie Lou Hamer died on March 14, 1977, in Mound Bayou, Mississippi at the age of 59.